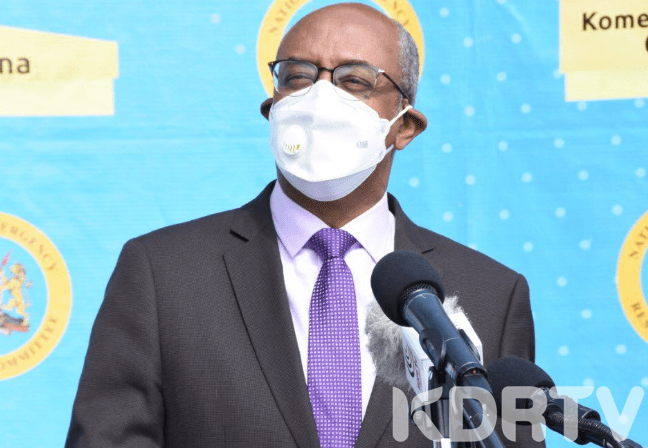 (KDRTV)-Kenya`s Ministry of Health has announced that the country on Friday, June 26 recorded 149 new infections taking the national tally to 5,533.

According to the Health Ministry Chief Administrative Secretary (CAS) Dr. Rashid Aman during a press conference, the new figures was recorded after 3,090 samples were tested in the last 24 hours

The new COVID-19 figures are distributed as follows:

Dr. Adan also announced that 48 more patient were discharged from various health facilities across the country after recovering from the respiratory disease; total number of recoveries now stands at 1905

Dr. Aman who was also regarding the International day against drug abuse advised parents caregivers to educate children about the harmful effects of drug abuse

“Drug abusers at risk of contracting COVID-19 due to reduced immunity, poor hygiene, culture of sharing paraphernalia,” he said.

So far, KDRTV understands that many Kenyans are now doubting if the government will reopen schools in September as it had announced before yet the rate of infections has continued to escalate everyday.