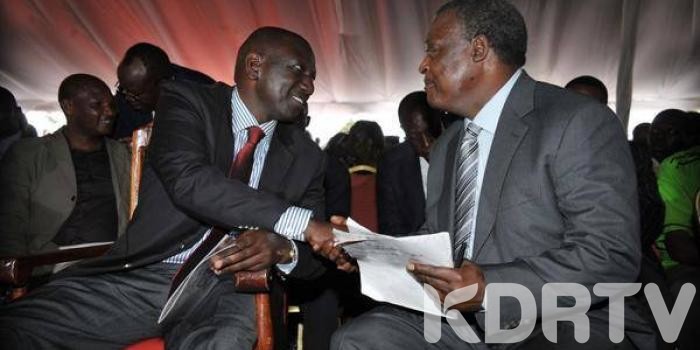 The former Lugari lawmaker claimed that the DP took advantage due to the fact that he was his friend before he was later dumped by the DP.

Read also: Atwoli Says He Is Third Most Powerful After Uhuru, Raila

The former legislature was speaking during an interview with KTN News on Wednesday, January 15 when he said that the DP asked him for a tender to supply T-shirt desperately

“I gave Ruto a tender to supply 1000 Tshirts. He colluded with young boys in the stores and delivered the same T-shirts 10 times. I ended up paying him 10 times for the same unknowingly,” he said.

Those who thought Deputy President @WilliamsRuto humble beginning had anything to do with selling chicken NOW know BETTER. It was swindling Youth for Kanu YK'92 Ksh 1.2 million by recycling 1,000 T-shirts TEN times in 1992, according to YK'92 Chairman Cyrus Jirongo

Jirongo further reiterated that the DP is not part of the prominent Youth for KANU 92 (YK 92) which gave retired president Daniel Moi to maintain power at the hard times when the opposition was divided.

“William Ruto was never part of YK 92. He was one of the young men spent their time at KICC at the youths and women office with Julia Ojiambo,” he said.

KDRTV has the record that in 2018, a survey by IPSOS Synovate revealed that Kenyans believed that the DP was the most corrupt politician after Ann Waiguru.

Read also: POLICE USE TEAR GAS TO DISPERSE THE PROTESTERS IN KASARANI MWIKI

On the other hand, Jirongo`s remarks stormed the social media stirring up divergent reaction from KOT