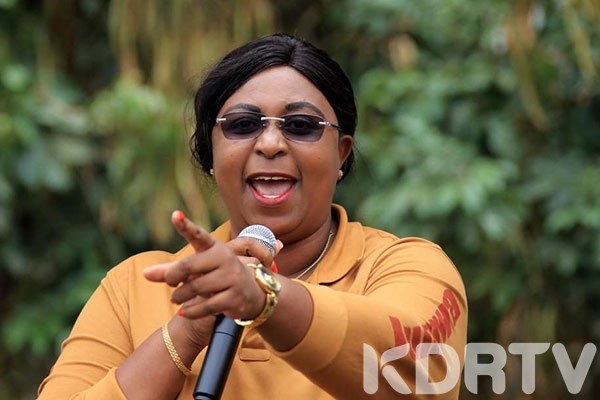 The money was allegedly investigated and traced to bank accounts belonging to her, her child and her allies.

The standard revealed that the Sh500 transaction was received through kick backs accumulated from projects managed by the County Government.

A probe has thus been substantiated to unmask the suspicious dealings linking four company accounts that have received huge hefty payments with nothing to show for them.

Ideally, according to the Financial Reporting Center (FRC), the payments had been made between February  15, 2015 and December the same year.

The probe also revealed that the suspicious amount of money had initially been paid into company accounts but have since been moved to personal accounts held by Aisha Jumwa and her associates.

According to the reports from the DCI, some of the money had already been partially spent and traced to have been used to purchase a bungalow four bedroom house in Nairobi’s Kilimani area. The remainder has been send to purchase expensive motor vehicles and huge deposits made in fixed accounts.

However, the Malindi MP was contacted by the Daily nation in regards to the same but she denied being linked to any investigations, adding that there was no such thing.

“I am not aware of any investigations,” said Aisha Jumwa.

Jumwa has been on the receiving end lately, with the latest scandal detailing a fracas that she allegedly orchestrated that led to the shooting and death of one man, an ODM candidate supporter.

She was arrested on Wednesday and spent two nights in the police cell, but was released on a Sh500,000 cash bail with an alternative of Sh1 million bond with a surety of a similar amount.

She has been rumored to be the DP Ruto’s mole and supporter, with a strategy to deliver coastal kenya votes come 2022 General Elections.

This is what happens when you stir still waters
https://t.co/BuoSfOj1iY

Her vocal and controversial nature has earned her a few political enemies, while others criticized her move, terming it a stunt that would kill her political career.