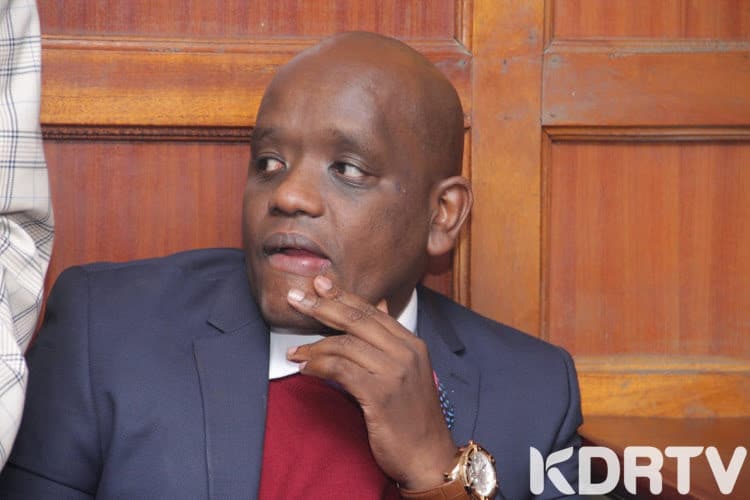 The Secretary of Digital, Innovations and Diaspora communications of the office of the President, Dennis Itumbi has been freed on a cash bail of Ksh 100, 000 after declining charges of originating false document without authority.

Dennis Itumbi was arrested and detained over a letter asserting that there were plans to assassinate Deputy President William Ruto.

After serving five-day extended detention, the magistrate granted him a cash bail alongside tough terms including limiting him from commenting the matter on social media platforms.

Mr. Itumbi will also be required to report to Muthaiga Police Station once in two days for a span of nine days.

To pave ways for further investigation, Itumbi`s phones, sim cards, and other digital gadgets will be under the watch of the police for the next two weeks.

Earlier on, the prosecution had appealed with the court to detain Itumbi for nine more days to allow ongoing investigation on 256 members of Tanga Tanga WhatsApp group that is alleged to have originated the alleged fake letter.

Dennis Itumbi was accused of being the mastermind behind the controversial document which hinted that four cabinet secretaries convened a meeting at Hotel La Mada plot the assassination of Deputy President William Ruto.

When he appeared in court on Thursday, July 4, Itumbi said that he had a video as proof of the Hotel La Mada meeting. He further said the prosecution was not interested in getting the truth.

READ ALSO: I have evidence that will shock the World on Deputy President Assassination plot

The Cabinet Secretaries however, declined the claims indicating that the meeting was bestowed on strategies of the development of Mt. Kenya Region and had nothing to do with the assassination of the DP William Ruto.

Dennis Itumbi appear again in court on Monday, July 22, the issue will be mentioned.