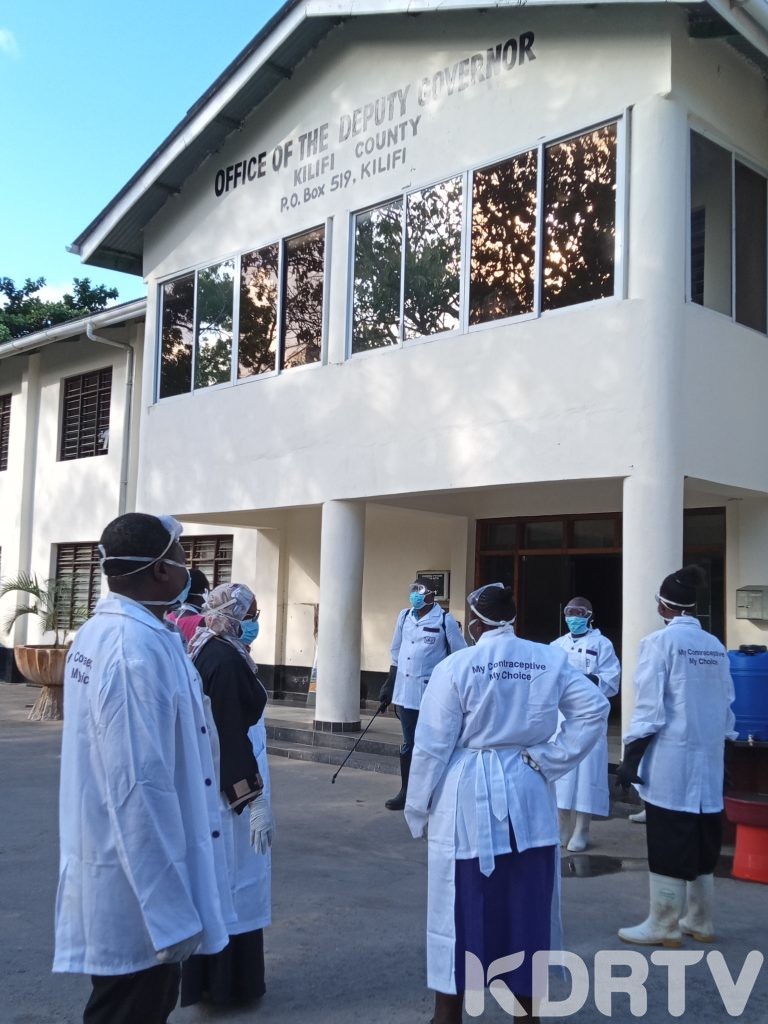 (KDRTV) – Rogue Kilifi Deputy Governor Gideon Saburi who tested positive for COVID-19 is believed to have interacted with more than one thousand people after jetting back from Germany.

Saburi arrived in Kenya on March 8 and instead of self quarantining as directed by the government,  he went about his business in Kilifi like nothing happened.

"He doesn't care about the lives of the people he has infected… we will impeach you, you are useless…" an emotional Mulei, an employee at Kilifi Governor's office blasting county DG Gideon Saburi for failing to self-quarantine pic.twitter.com/MrBOrGnaDI

KDRTV understands that the politician met a section of Kilifi County Assembly members of March 7 to plan for the International Women’s Day event.  The MCAs are now at risk after being exposed to the virus.

After the meeting,  Saburi went to a funeral of the bodyguard of former Kilifi Deputy Governor Kenneth Kamto. Here,  he was joined by an MP from Kilifi County.  We understand that the lawmaker is currently hospitalised though it is not clear if it is due to COVID-19 symptoms.

The Deputy Governor later interacted with Governor Amason Kingi at the International Women’s Day function in Rabai. The governor is in self quarantine despite testing negative.

Saburi is also claimed to have visited a night club in Mombasa where he met several revellers.

His driver,  who is also in hospital after developing COVID-19 symptoms,  accompanied him to all these functions.

It took the intervention of Governor Kingi to have Saburi go to hospital after he sent County Askaris to his home.

Locals have described Saburi as selfish and heartless.

Saburi will be charged in court when he recovers.