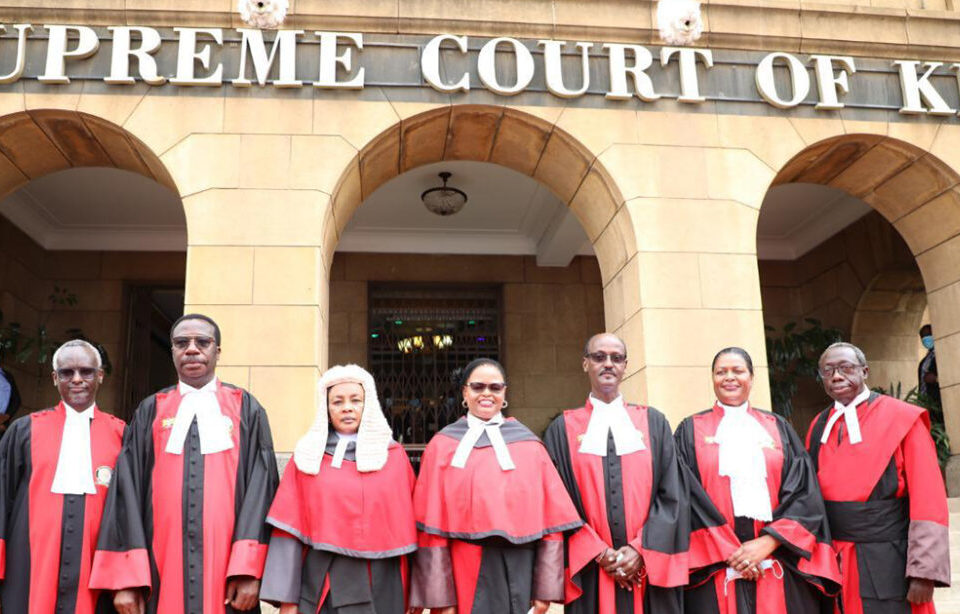 Chief Justice Martha Koome has delivered her ruling in the Building Bridges Initiative appeal in the Supreme court.

The CJ agreed with two out of seven issues that were raised during the petition hearing.

The Chief Justice agreed with the Court of Appeal and the High Court that the President cannot begin constitutional amendments while he is serving as the Head of state.

She also concurred with the lower courts on the BBI’s Second Schedule, which suggested the formation of 70 more constituencies, bringing the total to 360 from the present 290.

She, however, disagreed with the Court of Appeal and the High Court on the President’s immunity. In her judgement, she argued that legal procedures against a sitting head of state are not allowed.

Additionally, the Chief Justice stated that the lower courts erred in determining the application of the Basic Structure Doctrine, claiming that it does not apply to Kenya.

On the issue of public participation, the Chief Justice argued that it was met because 45 of the 47 counties approved the BBI recommendations.

However, Koome submitted an advise to the National Assembly on how public engagement should be regulated.

She observed that there was currently no legal framework guiding how public engagement should be handled, and urged politicians to establish appropriate laws.

Additionally, she determined that the Independent Electoral and Boundaries Commission (IEBC) was correctly established during the BBI and made no errors in authenticating the signatures gathered by the BBI secretariat.

Concerning the referendum on numerous questions, the Chief Justice determined that it was premature to make such a conclusion because the referendum had not yet begun.