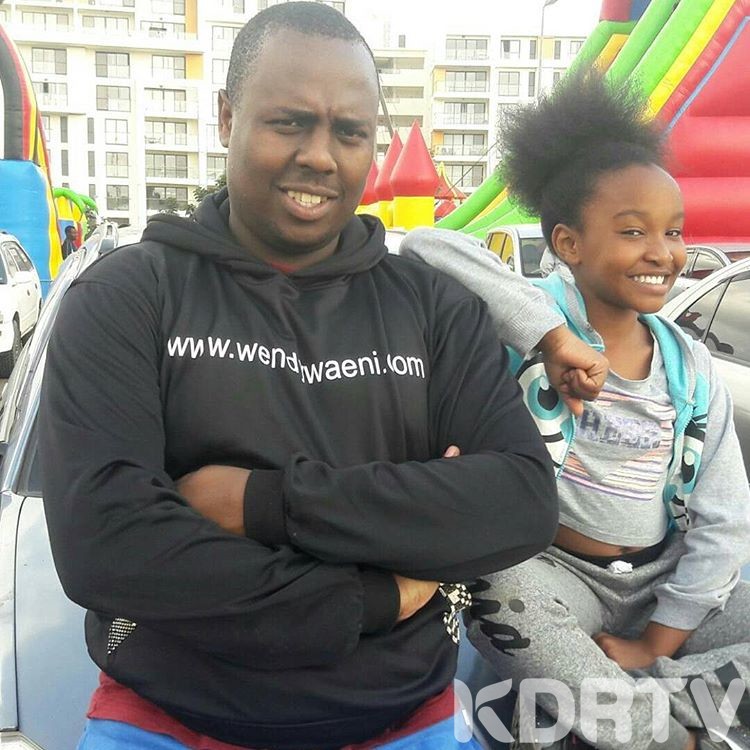 Mwangi is wanted for forging a letter and claiming that it came from a Cabinet Secretary and threatening the girl’s mother, Magdalene Mbele.

“Mr Joseph Mwangi NDUTA alias Joe whose photos appear below is #Wanted by @DCI_Kenya Detectives in connection with the Forgery of a Letter purporting to be from a Cabinet Secretary threatening the complainant- Magdalene Mbele of some consequences,” the DCI tweeted.

Mr Joseph Mwangi NDUTA alias Joe whose photos appear below is #Wanted by @DCI_Kenya Detectives in connection with the Forgery of a Letter purporting to be from a Cabinet Secretary threatening the complainant- Magdalene Mbele of some consequences. To report at #DCI Nairobi Area. pic.twitter.com/BvcTWV2Wt0

Mwangi came under fire a few weeks ago after the girl alleged on live TV that he has been stealing from her for the past five years.

Wendy told Jeff Koinange that her family has been living in abject poverty as her mother takes up odd jobs to fend for the family.

“I’ve been performing all over the world, and right now I live in Huruma because of Joe Mwangi. I’ve performed in Rwanda, Germany, and China… and I’ve not got even a single penny. My mum is really suffering right now, she sells sweets, I live in Huruma in a single-room with her,” she said.

The ex manager however rubbished the claims noting that the mother mismanaged funds meant to cater for the girl’s needs. In fact he said, Ms Mbele was a drunkard squandering the money received from prominent persons and shows.

Wendy’s mother did however refute the claims maintaining that On August 9, DCI said that the matter was being investigated by the Child Protection Unit.was a con man but admitted to receiving small amounts of money.

Kenyans on Twitter (KoT) asked DCI to step in and probe the matter.

On August 9, DCI said that the matter was being investigated by the Child Protection Unit, promising to take action should he (Mwangi) be found guilty.