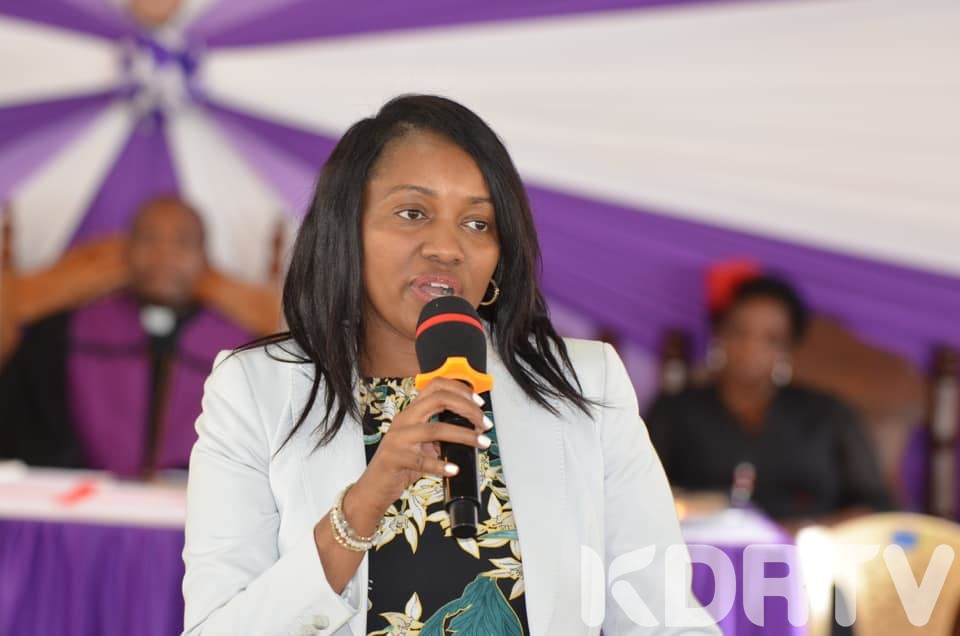 (KDRTV) – Nakuru Senator is contemplating sending her nudes to Gender CS Margaret Kobia just to confirm that she is a woman and needs the CS’s protection.

In a provoking tweet, Kihika joined thousands of other Kenyans who have questioned Kobia’s decision to defend embattled Kirinyaga Governor Anne Waiguru. The CS said that Waiguru, who was impeached on Tuesday, was ousted because she is a strong woman leader.

Kenyans now want to know why the CS has never stood out for other women leaders when they were being kicked out from various leadership positions. Jubilee Party recently kicked Susan Kihika from her position as the Senate Majority Whip. Another woman, Nominated Jubilee MP Cecil Mbarire, was also ousted from the House Deputy Majority Whip position. Is it that these women are men?

With the way women leaders are coming out defending Anne Waiguru, I can confidently say Susan Kihika is a man🙆 pic.twitter.com/4TmECDwoi0

Kihika has now asked Cecil Mbarire that they should share their nude photos with Kobia to confirm their gender.

“Could the Ministry of Gender not be aware that we are women too? Cess (Mbarire), perhaps it’s time for you and I to send Kobia our naked pics then she might stand up for us against the bully too,” Kihika said.

Wondering if a similar letter from @CSMargaretKobia 4 @CecilyMbarire & I got lost in the mail? Could the Ministry of Gender not be aware that we are women too? Cess, perhaps it’s time for you & I to send Kobia our naked pics then she might stand up for us against the bully too 🤔 pic.twitter.com/NwglthfT51

Kobia’s letter has elicited sharp criticism on social media with thousands of Kenyans telling her that Waiguru is paying for her sins as an incompetent leader, not a woman.

Interestingly, even the most hardcore feminists have distanced themselves from the CS.

‘The hard and genuine work that has been put into gender equality by so many over the years cannot be thus undermined by the kind of foolishness being spewed by CS Margaret Kobia and other women leaders,’ political activist Jerotich Seii said on Twitter.

NO.Anne Waiguru was NOT impeached because she is a WOMAN.

Governor Anne Waiguru was impeached not because she is a woman but because she clearly is incompetent and lacks accountability. Can you all female politicians stop this nonesense of insinuating that she was impeached for being a woman. Mts! Let her do something else like Waititu.