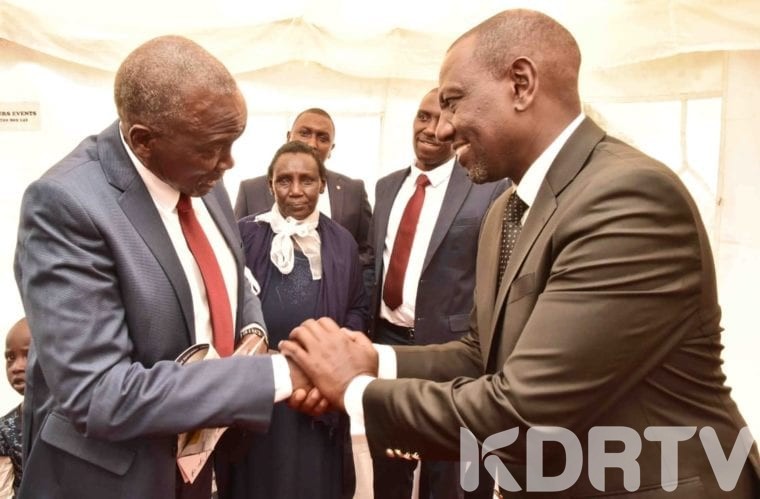 The second-in-command was speaking during the burial commemoration of the late Kenei in Nakuru county.

According to the DP, they spoke last with Kenei on February 17, just three days before the officer`s remains were retrieved in his home at Imara Daima Estate

The Deputy President also said that he questioned the trio to shade more light on what happened at the Annex office on the day that former sports CS Rashid Echesa and two foreign officers were seen there.

In the viewpoint of the Mr. Ruto, his colleagues corroborated what he said and they agreed that since the probe is underway, they are ready to visit the Directorate of Criminal Investigations (DCI) to record a statement

He further told the mourners that he came back at the Harambee Annex Ofice on Thursday at around 10 am and summoned the two security bosses he had chatted with on Monday.

They also informed the DP, that they had started to pursue Sergeant Kenei

At this time, the Deputy President is when he realized that Kenei was the son of CS Chelugui and he called him to make aware of what transpired.