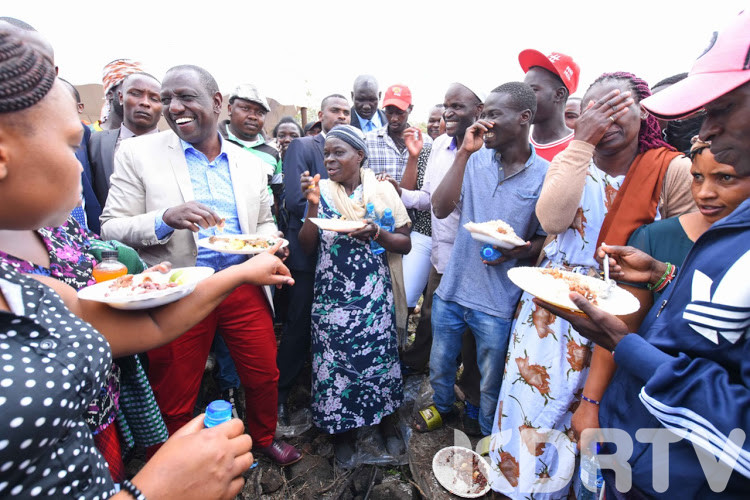 The Deputy President organized a ceremony of Jubilee candidate on Thursday, November 7, after the Kibra by-election.

On his twitter post, the Jubilee Deputy Party leader stated that the government`s dedication to developing the city slum will continue despite the loss.

“Our resolve to transform the area did not end with the outcome of the polls; we will continue pushing for a better Kibra through informed politics and building partnerships with like-minded leaders,” the DP tweeted on Friday, November 22

DP Ruto had said that the ODM party leader Raila Odinga used violence to win the Kibra by-eclection.
Kimilili MP Didmus Barasa and former Kakamega Senator Boni Kwalwale were engaged in ugly scenes with ODM supporters in the City slum during the by-election
Jubilee candidate McDonald Mariga was second after Imran Okoth with 11, 230.
A total of 24 candidates contested for the seat.
However, President Uhuru Kenyatta contradicted Ruto’s sentiment saying that the Kibra by-election was splendid.
Subscribe to watch latests videos
In this article: