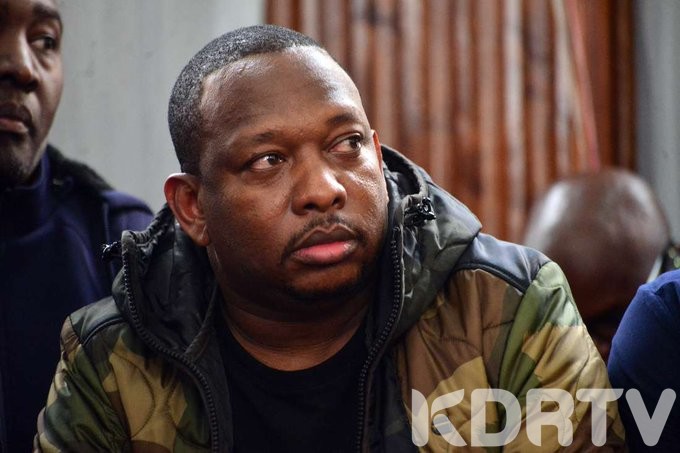 (KDRTV) – Embattled Nairobi Governor Mike Sonko can breathe a sigh of relief following the Director of Public Prosecution (DPP) decision to drop the assault charges he is facing at the Voi Law Courts.

Sonko was accused of assaulting Coast Region Police Commander Rashid Yakub at Ikanga airstrip during his dramatic arrest in December last year. He was facing three counts of assault.

In the first count, the governor is to be charged with ‘unlawfully assaulting the  Yakubu, by kicking him on the thigh, in the due execution of his duties on December 6.’

Sonko is also accused of  ‘willfully resisted arrest by Yakubu …by violently refusing to be handcuffed and to board a police chopper in the due execution of his duties.’

But Mr Yakubu has filed an application to drop the charges, saying he is not interested.

Senior resident magistrate Fredrick Nyakundi will make a ruling on the Application tomorrow (Wednesday) at 9 AM.

However, this does not mean that Sonko has escaped the more serious charges of corruption and misuse of office.