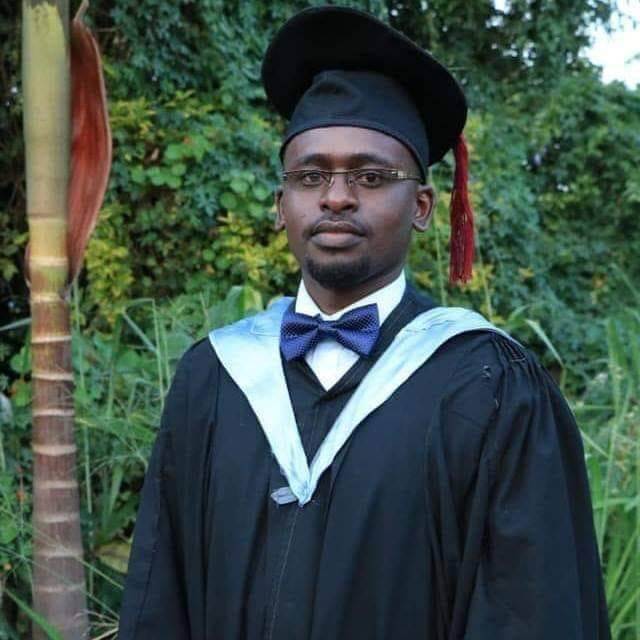 (KDRTV) – In a small Irani village in Kisii county, a family is yet to come to terms with the untimely demise of their son. For the family of Dr. Stephen Mogusu, who succumbed to COVID-19 on Monday, they still can’t believe their son is gone.

His father Naftal Ongweno, yesterday told journalists that he had to beg around the whole village to raise funds for Mogusu’s treatment.

“From the moment he was admitted to hospital after contracting coronavirus while working with infected patients, we had to pay all the bills,” said Mr. Ongweno.

At 28, Mogusu was just beginning his dream career. He was among the doctors who were hired under the government’s Universal Health Care initiative (UHC) in July this year. This was supposed to be the beginning of good things for him but little did he know that it would lead to his demise, leaving a 5-month baby behind.

'I do not set goals for myself, I find that too limiting. I set the final destination and work towards it.'

According to the family, Mogusu knew what he wanted from a very young age, and he worked very hard to achieve it. The only boy in a family that also had five girls, Mogusu always wanted to be a doctor.

When he was called to join Lenana School in 2007, his mother Agnes Moraa says they only had Ksh 5,000.

“My son insisted on us going to Nairobi and trying our luck. A good Samaritan heard our story and offered to pay,” said Ms. Moraa.

He scored straight As in the 2010 KCSE exams, and secured admission to Nairobi University to study Medicine. He started the course in 2012, graduating in 2018.

Dr Stephen Mogusu, a young doctor failed by his government succumbs to #Covid19KE after days of fighting for his life. What a tragedy. His last words to medics: bail out when you can because the mistreatment by government is not worth your life. He takes the bow. 😓 pic.twitter.com/LmP306vOaq

After a one year internship at the Kisii County Referral hospital in 2019, Mogusu came to Nairobi to chase the elusive dollar. He worked in different private hospitals in Nairobi and Kajiado before getting a government job in Machakos.

Unfortunately, Dr. Mogusu died a very painful death. According to the Kenya Medical Practitioners and Dentists Union (KMPDU), he had not been paid for five months. In other words, he never got a single coin since July.

Subscribe to watch latests videos
In this article:Dr Stephe Mogusu