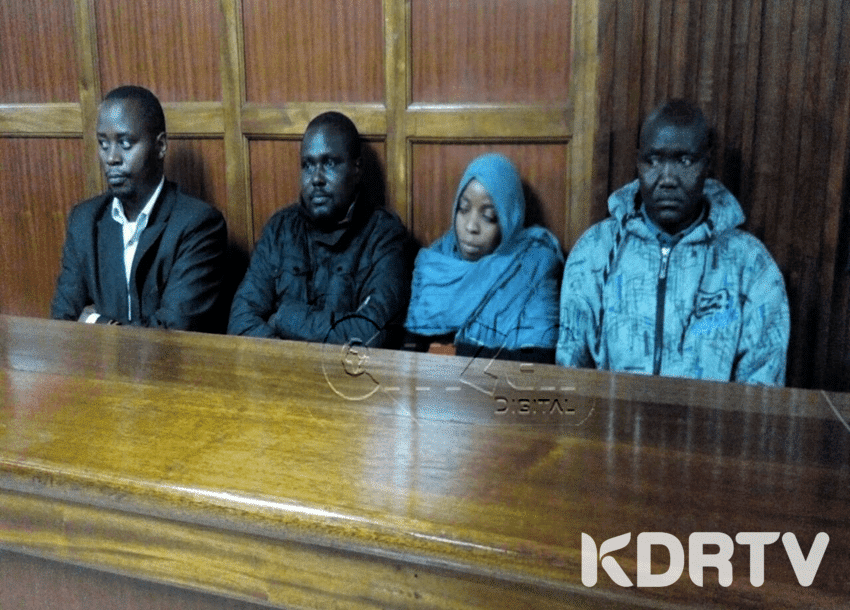 The murder of a well-known city lawyer Willy Kimani hit the internet with a buzz, after his decomposed body was recovered at Athi River.

He had been reported missing and his body found seven days later, decomposed and wasted.

The death was sudden, prompting serious investigations into the murder after the government pathologist conducted an autopsy that revealed he had acquired severed head injuries with a fractured skull.

The investigations led to the arrest of five suspects among  them police officers and a taxi driver.

Drama ensued in court when one of the suspects declined the services of a female lawyer on grounds that he wanted to be represented by someone else alluding that it was his constitutional right.

The suspect, Mr. Kamau, told the sitting judge that he was having problems getting along well with the assigned lawyer and that he needed a male one to continue with the case.

The rejected female lawyer however affirmed that she had done her best and prepared the suspect well in handling matters relating to the case, adding that if it was his will to get a male lawyer then she would gladly oblige.

The trial is at a very crucial stage and rejecting a lawyer is not considered a smart move.

However, even suspects have rights and their wishes are bound to be considered.

There has existed another hitch to the case since its commencement as Lawyer Cliff Ombeta had missed two consecutive hearings and failed to show up.

The rejection of a female lawyer by the suspect ideally adds to the hitches that have slowed down the progress in the case.