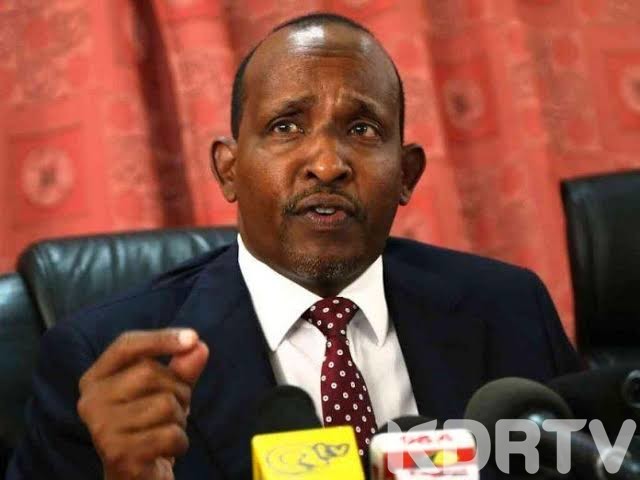 (KDRTV)-The National Assembly Majority leader Aden Duale is likely to be ejected from the powerful position after the Vice Chairman of the party said the the lawmaker had fallen out with the majority of the party members.

According to Jubilee Party Vice Chairperson David Murathe who was speaking on Citizen TV on Friday, June 19, the besieged majority leader had fallen out with majority of the party members and thus his schemed ejection

“If you fall out with majority of members of the party then you have no business calling yourself a majority leader.

During the last meeting we had at State House, the president confirmed changes and status quo in all the position except that of the majority leader which he skipped. He should ask himself why? said Murathe, a trusted ally of the president.

The ongoing Jubilee party purge has widened the rift in the party with members aligned to the Deputy President William Ruto saying that the ongoing purge is to ensure that William Ruto does not become the next president of Kenya.

Now, according to David Murathe, removal of Aden Duale from the majority leader position is among the top agendas in the next week`s party meeting