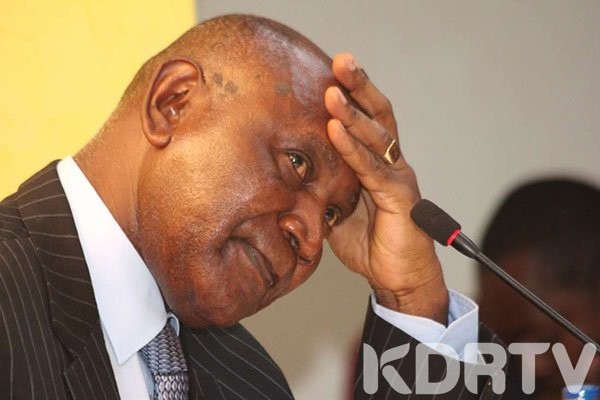 Former Auditor General Edward Ouko says his life may be in danger.

Speaking to Hussein Mohammed on Citizen TV, Ouko who was Kenya’s first auditor general said that he is afraid for his life now that there are no security arrangements post office.

“Anyone who had an ill motive would never have manifested it during my tenure because they know I have security but when you leave without a clear post service arrangements…it’s the most insecure time am most concerned about after the office,” he said.

He further noted that he received death threats during his eight year tenure but was not worried because his security detail then was well-defined.

“That never worried me, in fact it worried my family more than myself… For family, they take it with a bit more seriousness,” he continued.

Ouko also rubbished claims that his relationship with President Uhuru Kenyatta was strained. He also noted that the head of state never interfered with his work.

During his tenure that expired last week, Ouko uncovered scandals involving misappropriation of funds. One such scandal showed how the 47 county governments owed suppliers up to Ksh.108 billion in pending bills.

He also revealed county debts in excess of Ksh.35 billion were either fake or did not meet threshold for payment.

Ouko was appointed the Auditor-General on 27 August, 2011.