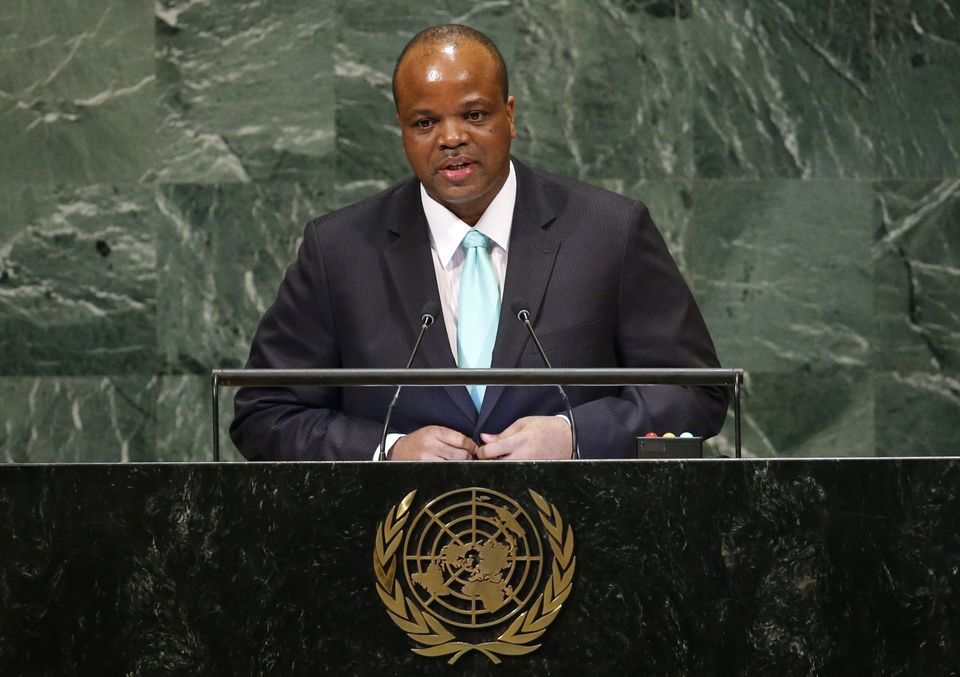 King Mswati II has been critised on how he treat opponents

There were reports that King Mswati III has fled the country following higher tension in the country.

However, the government has dismissed such reports.

KDRTV has established that many of the protestors are young people and they intensified the protests over the weekend.

The protests have intensified despite the fact that the government banned all demonstrations.

It is in history that Eswatini is the last country in Africa with an absolute monarchy.

The situation in Eswatini is volatile and has run out of control.

Many supermarkets and industrial plants have been put on fire and the army has been deployed to restore order.

Reports indicate that all soldiers on leave have been recalled and that the military helicopters have been patrolling to ease the protest.

“Last night was scary as the industrial hub was shut down. A government bus was burnt, ATM’s damaged and violence broke out in townships and rural communities which has previously been unheard of,” Mabuza Mancoba, the SG of the Ubuntu Leadership Academy told Independent Media.

“Young people are adamant in their fight for democracy, and they feel they have nothing to lose,” Mancoba said.

The largest opposition party The People`s United Democratic Movement (Pudemo) is due to release a press statement on Tuesday morning where the situation on the ground will be addressed.

There are fears that some members of parliament are pro-democracy

There are also fears that officials of Pudemo could be arrested by the military during the press conference.

Protests have been organized in various constituencies where citizens have tendered their petitions demanding democratic reforms and an elected Prime Minister under a Constitutional monarch.

KDRTV established that the protests have successful until the acting Prime Minister Themba Masuku banned the protests in a government statement released on June 24.

The protests have halted to some extent transport and communication between Eswatini and South Africa as some trucks from South Africa have been set alight.

BREAKING NEWS: Ok Foods in Matsapha and other outlets on fire as pro-democracy protests turn into chaos. This was after King Mswati through Acting Prime Minister issued a decree banning delivery of petitions. pic.twitter.com/NqKO9qAIuW