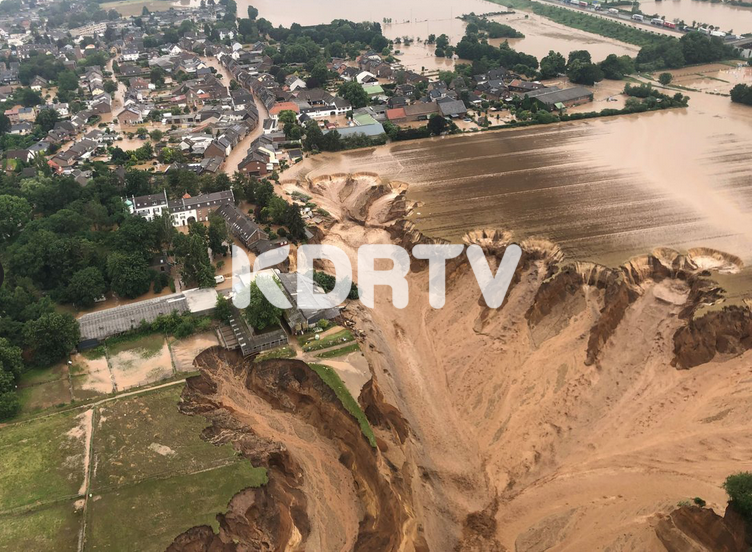 KDRTV NEWS: 120 have died while hundreds of people unaccounted following the European floods that have critically hit Germany in particular.

This is considered to be the worst flood to hit Europe in decades.

The death toll in Germany has hit 100 and the German Chancellor Angela Merkel called for the country to enhance the battle against climate change.

The death toll in Belgium has increased to 20 as the impacts of the flood expand to Netherlands, Luxembourg, and Switzerland.

Many reasons have been raised following the flooding while warming of the atmosphere is the at the center of the blames.

Extreme rainfalls are more likely to follow the impacts of industrial activities around the world.

There is a need for governments around the globe to cuts shot emissions to save the environment.

Already the Prime Minister of Belgium Alexender De Croo has declared 20 July as a national day of mourning.

“We are still waiting for the final toll, but this could be the most catastrophic flooding our country has ever seen,” he said.

KDRTV has established that scientists have blamed political leaders for failing to protect their citizens despite the fact that they had predicted extreme weather events.