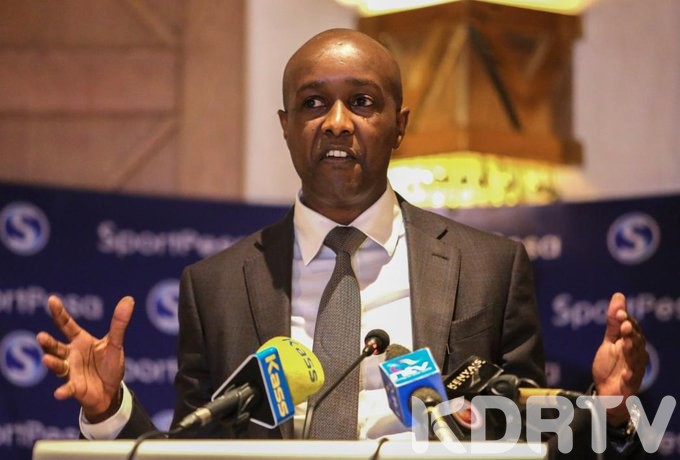 (KDRTV) – Giant betting firm Sportpesa has relaunched its website, hinting at a possible comeback in the nearby future.

The website has been offline since the firm’s decision to exit the Kenyan market in September last year over a taxation row with the government.

The firm protested the government’s move to impose a five per cent withholding tax on all bets placed. In a statement, it said that “the tax is based on a fundamental misunderstanding by the (former Treasury CS Henry) Rotich-led treasury of how revenue generation works in the bookmaker industry. This decision will have a damaging impact on both customers and treasury.”

SportPesa has hinted at a possible return to the market if recent activity on their website is anything to go by.The firm relaunched its website but players are still unable to place bets or even deposit funds.#RutoMurdersVSCorona#TrackingCOVID19Aid#MondayMotivation

However, it seems like the firm is plotting to make a comeback to the Kenyan market with or without the changes that they had protested.

Currently, Sportpesa does not accept Kenyan punters to place bets or make deposits.

“Due to regulatory restrictions, we are currently unable to accept deposits from customers in your jurisdiction. We are working on resolving this promptly and will be in touch with you as soon as possible,” the company said in a statement to Kenyan punters who try to deposit to the website.

After suspending its Kenyan operations, Sportpesa cancelled all its sponsorships with local sporting teams.

The firm was the main sponsor of the Kenya Premier League (KPL). It also sponsored Gor Mahia and AFC Leopards. Boxer Fatuma Zarika also benefited from the firm.

Hello @Chegemorris2 , we still await feedback from the BCLB which would allow us resume normal operations in Kenya. We shall communicate officially on any new development.Thank you for your patience and loyalty. ~MO

Several KPL teams have forfeited matches over lack of funds to honour them. Gor has not paid its players for months due to lack of money, while AFC Leopards has been depending on donations from their fans to honour matches.

Everyone is excited at the possibility of Sportpesa making a comeback.