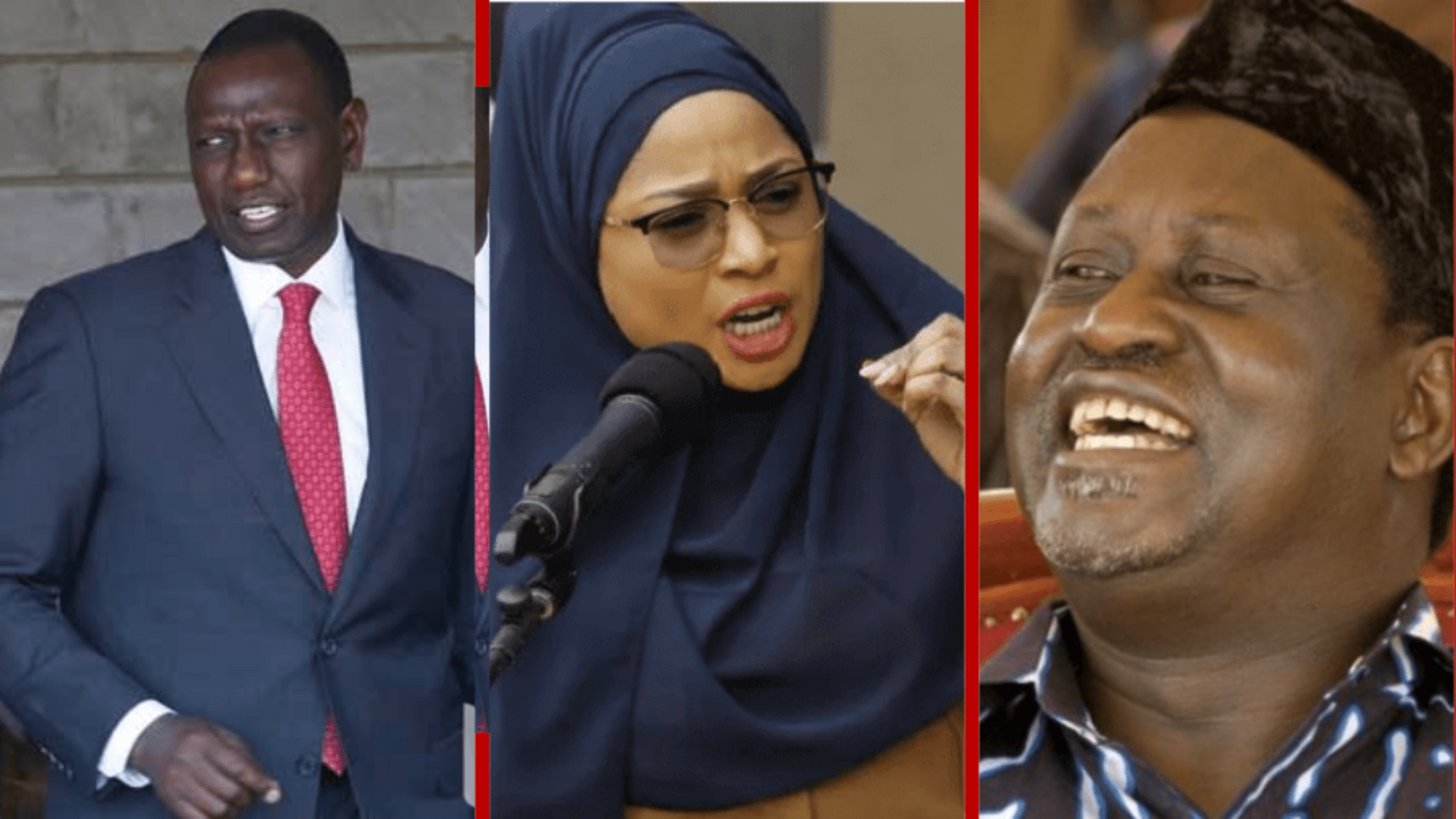 (KDRTV) – Political temperatures have risen in Msambweni following Sharlet Mariam’s decision to drop out of the race in favour of ODM candidate Omar Boga.

Sharlet, who was running as an Independent, announced on Tuesday that she would henceforth be supporting Boga after meeting with ODM leader Raila Odinga.

Battle for Msambweni
Independent candidate Sharlet Mariam drops out of race to back ODM's Boga pic.twitter.com/04Eg2SApkz

Now Sharlet Mariam has withdrawn from Msambweni parliamentary elections and now supporting @TheODMparty candidate in the by elections. She realized Ruto was a fraud. 🤣🤣🤣🤣

Sharlet had controversially resigned from ODM in September in order to seek a Jubilee ticket in the elections. She was seen in the company of Deputy President William Ruto at the time.

However, Jubilee announced that it would not be fielding a candidate in the by-elections due to its ongoing corporation with ODM. The decision got both Sharlet and Ruto unawares.

Ruto said at the time that he would consider supporting Sharlet in the race.

However, the DP dumped her just a day later, as he unveiled Feisal Bader as his preferred candidate a day later. Bader, a relative to former MP Suleiman Dori has benefited from Ruto’s deep pockets and support from Tanga Tanga politicians.

Msambweni by-election is slated for December 15.

Subscribe to watch latests videos
In this article:Headlines,Msambweni by-elections,Sharlet Mariam