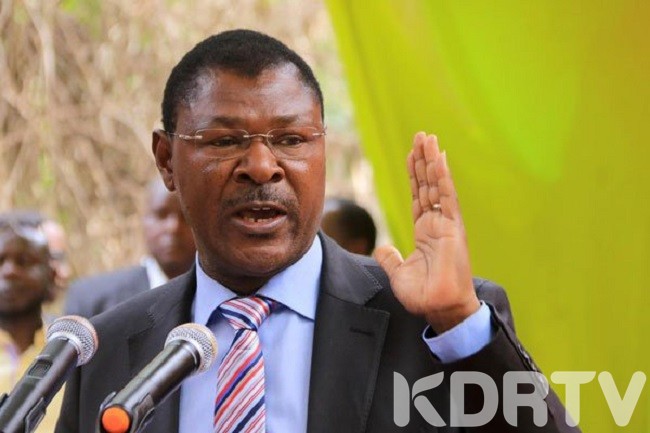 The delegates arrived in Nairobi on Friday evening.

They have accused Wetangula of failing to unite the party members.

Crisis hit Ford Kenya following the ouster of Kiminini MP Chris Wamalwa as Deputy Minority Whip and replaced with Tongaren’s Eseli Simiyu. The changes did not have the blessings of the Party leader.

On Friday, Eseli and Wamunyiny were part of a team of Luhya Politicians who visited the home of COTU secretary General Francis Atwoli. It appears the goose was cooked.

The Bungoma Senator is accused of falling out with Governors Wycllife Wangamati (Bungoma) and Patrick Khaemba (Trans Nzoia). The are the only Ford Kenya MPs.

Interestingly, the coup comes at a time the Senator is still mourning the death of his brother.