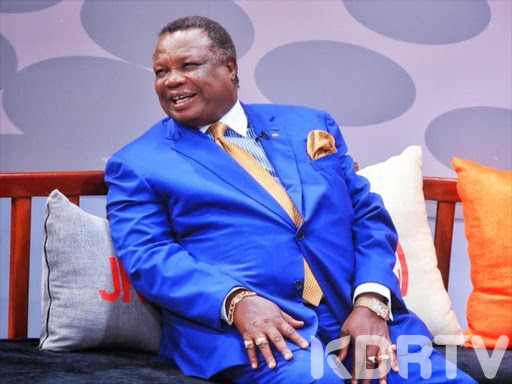 COTU Secretary General Francis Atwoli has been relieved from his duties as a Board Member of the National Bank of Kenya (NBK). This is after the bank was taken over by Kenya Commercial Bank (KCB)

KCB announced, through a public notice, that it has disbanded the former board of the beleaguered bank and appointed seven new directors.

“Following the completion of all the regulatory processes for the takeover of National Bank of Kenya, changes have been made to the board of directors,” reads the public notice.

“The directors have voluntarily retired from the board to pave way for the smooth transition,” adds the notice.

KCB CEO Joshua Oigara will be part of the new board of directors. The bank’s new CEO Paul Russo, John Nyerere, Stanley Kamau, Jones Nzomo, Linnet Mirehane and Gen (Rtd.) Julius Karangi are the other members.

Atwoli occupied one of the two positions reserved for the National Social Security Fund (NSSF) to represent the interest of workers.

COTU Secretary General Francis Atwoli has been relieved his duties as board member of the National Bank of Kenya (NBK) recently acquired by the Kenya Commercial Bank (KCB).

In a public notice, KCB has announced… https://t.co/mbLzAYunfP

KCB completed the takeover of the loss-making NBK at the beginning of October after approval from the Capital Markets Authority.

“We are thankful and excited for the goodwill and support we have received from the shareholders, our regulators and all other stakeholders,” Oigara said.

In 2014, a whistleblower revealed how top managers were killing the bank.

A local daily revealed how top managers were awarding themselves irregular bonuses with the knowledge of the board. It was also revealed that the management selfishly dished out loans to relatives and their close associates without caring about the repercussions.

Atwoli, a long-serving trade unionist, has previously been on the spot for not attending the required number of board meetings at the bank.

He also came under criticism for defending the lender from poor media coverage despite the fact that most of what was reported was true.