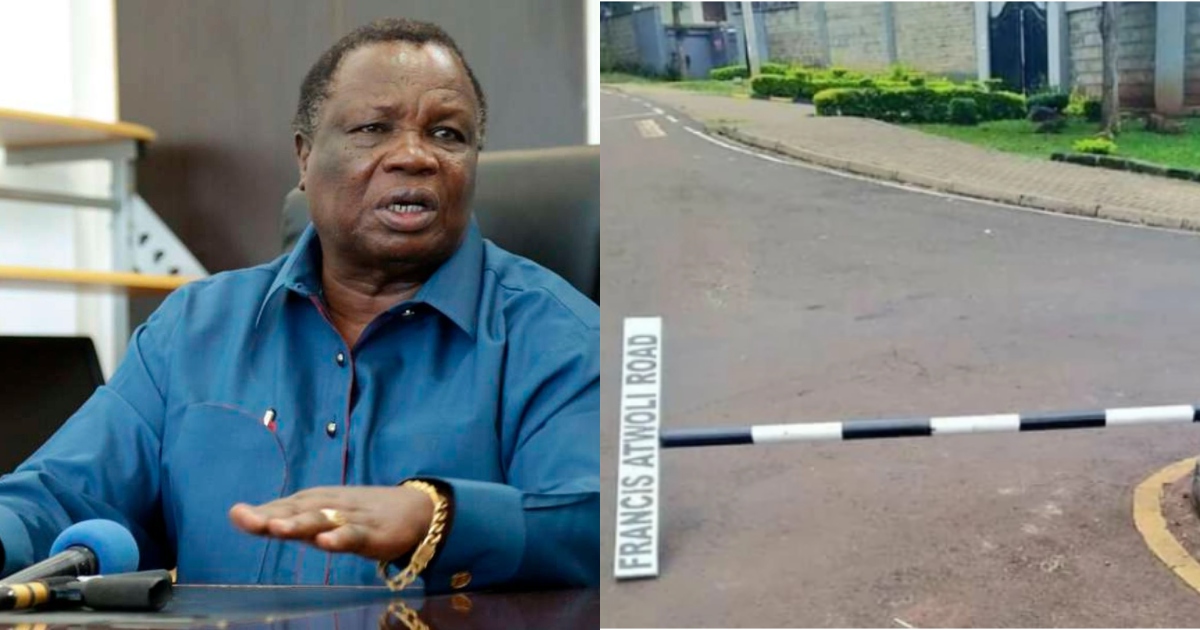 COTU Secretary General Francis Atwoli reacted to the vandalisation of a sign post of a street renamed after him by terming it an act of impunity.

under the leadership of Anne Kananu Mwenda, the Nairobi county government renamed a Kileleshwa road to “Francis Atwoli road”.

This road has been renamed after my good friend and brother bwana Francis Atwoli in recognition of his selfless contribution and agitating for the rights of the Kenyan workers in the last 54 years,” Kananu acclaimed.

Atwoli initially expressed his delight at being honoured in such fashion, saying, ““I want to thank the leadership of Nairobi County, under @annkananu_, for this great honour and recognition of services to the Government of the day, the community and Worker’s at large. We will continue offering our unwavering support to the leadership of the County”.

The move was followed by some displeasure from a section of Kenyans who believed Atwoli was not deserving of such a move.

Activist Boniface Mwangi, barely 24 hours later, took to his Twitter to cheer after it emerged the sign had been uprooted by some unscrupulous critics of Atwoli.

Kenyans are RISING UP! We shall protect our roads and streets from vile road signs! pic.twitter.com/Ood5qOzCME

After learning of the street sign’s vandalisation, Atwoli released a statement saying, “In a country that believes in rule of law, there are procedures and processes to be followed when unsatisfied. I am against anarchy. However, the police will look into that,”

This isn’t the first time a road is being renamed after a famous political figure.

In March, first avenue was renamed to Yusuf Haji road in tribute to the former Garissa senator Yusuf Haji following approval from the Nairobi county assembly.

Subscribe to watch latests videos
In this article:Breaking Kenyan News