UDA presidential running mate Rigathi Gachagua has raised an alarm with latest allegations surrounding threats on his life. Consequently, the member of parliament said earlier on that his life was in danger. In his claim, a number of suspicious people have been on his trail for some time now.

In his latest interview, Gachagua said that he had been harassed by the state over the past few years.

“I have been a subject of harassment by the state for the last four years. Since I became a running mate, the state has intensified surveillance on me and my family,” he said. 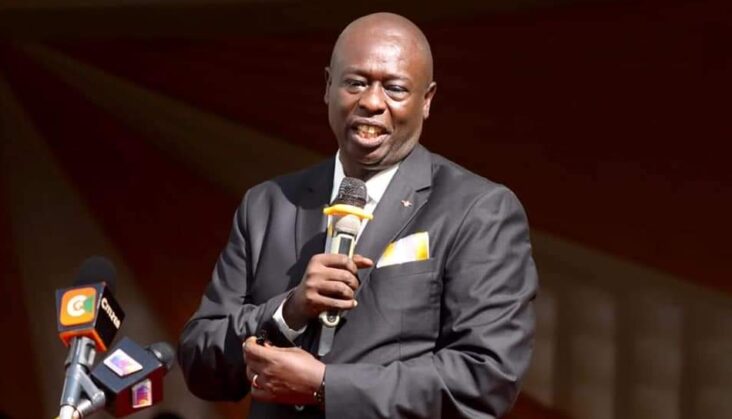 Gachagua told the source in an interview that suspicious individuals meandered to his hotel room demanding access.

“When I spent a night in Nakuru on Friday, there were strange people who were asking for me. They came before I checked into my room where they wanted access but they were denied,” he said.

“And at night, I heard some fellows hovering in the corridors. When I came out, they disappeared.” added Gachagua.

However, Rigathi did not disclose the name of the hotel he was in.  On the other hand, Gachagua could not spell out how the same hotel that denied the people access to the room could allow the group to walk in the corridors. However, presidential aspirants and their running mates are usually given security.  Additionally, a set of five officers will be required to accompany them in their campaigns to ensure that they are protected.