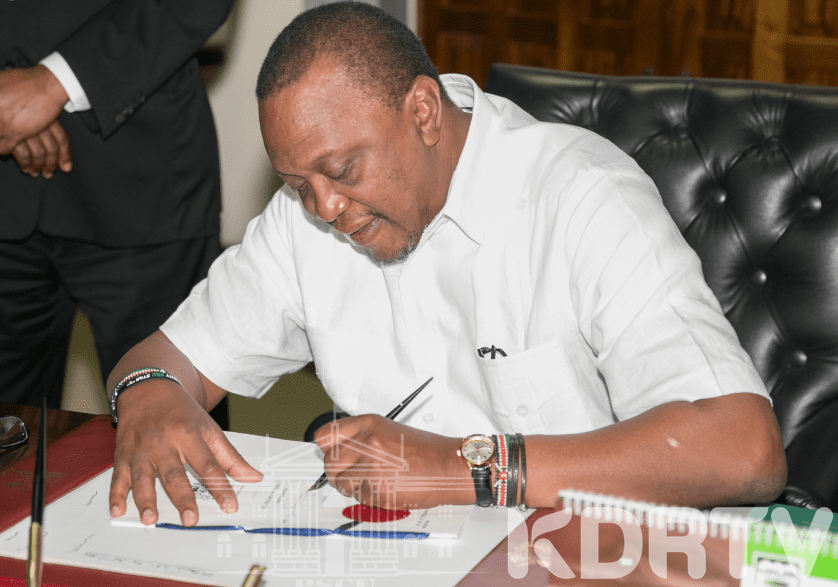 President Uhuru Kenyatta on Monday dismissed Mwangi Kiunjuri as Cabinet Secretary for Agriculture. Announcing the Cabinet changes during a state of the nation address from Mombasa, Uhuru also dismissed Henry Rotich from Treasury who had been suspended after being charged with corruption last year.

The President appointed Mutahi Kagwe as the Cabinet Secretary for Health while Betty Maina will occupy the Industrialization docket if approved by parliament.

Kenya now has 21 Cabinet Secretaries. Betty Maina’s appointment also means that we have seven women in the Cabinet. For the first time, Kenya has achieved the two-thirds gender rule at the Cabinet level.

The appointment of Betty Maina means out of 21 Ministers, we now have 7 women in Cabinet (plus Amina Mohammed, Raychelle Omamo, Sicily Kariuki, Monica Juma, Farida Karoney, and Margaret Kobia). It means the two-thirds gender requirement has finally been met at the cabinet level.

Here is the full list of Cabinet Secretaries in Kenya as on January 15.