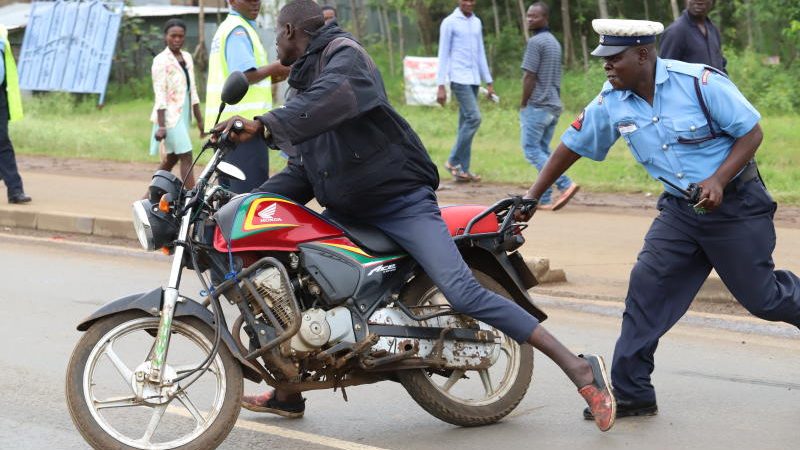 The National Government has halted the ongoing countrywide crackdown on bodaboda riders.

The decision, according to the police service, will allow for more conversations between the government and the bodaboda riders, with the dialogues laying out the protocols for the crackdown.

“Enforcement of compliance of traffic law by public transport motorcycles aka Boda boda crackdown has been stopped,”

“This is to give room to the government to reorganize the sector through a multi-sectoral committee working on a framework of implementation.” the police service said.

However, the Police body stated that the ban on boda bodas operating in Nairobi’s Central Business District will remain in place.

“The ban on boda bodas operating within the Nairobi CBD remains strictly in force. All boda boda operators and riders are advised to comply with all requirements in due course,” NPS further stated.

The crackdown has been halted in response to concerns expressed by several political leaders and stakeholders in the boda boda industry.

ODM leader Raila Odinga had expressed his opinion, urging the police to carry out the order in a dignified manner to avoid harming the entire sector.

Adding his voice to the debate, DP Ruto on Thursday, March 10 claimed that the government made a mistake by conducting a statewide operation against the operators simply because a few were breaking the law.