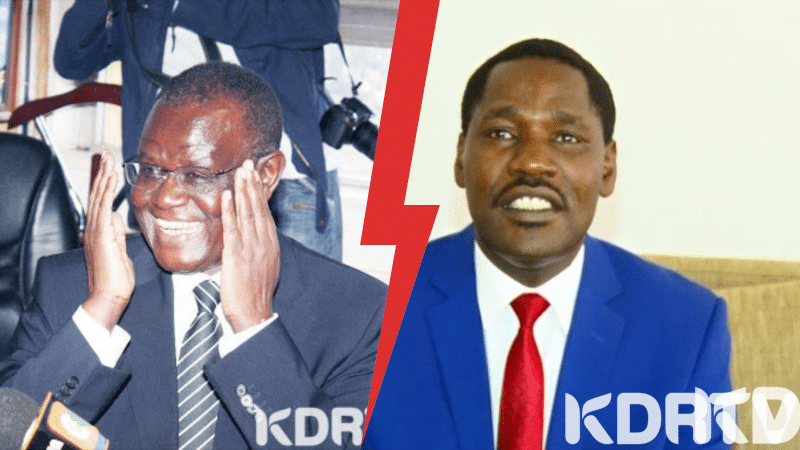 The Governor of Meru ,Kiraitu Murungi ,is in deep trouble as his political rivals have upped their political machinations to topple him come 2022 general election. They claim that what he promised residents before he won the Gubernatorial seat in 2017 haas not been fulfilled and don’t see him fulfilling any of his promise before 2022 and after.

His opponents including the current Cabinet Secretary in President Uhuru Kenyatta’s Government Mr. Peter Munya, who was predecessor, Professor Kilemi Mwiria, Senator Kithure Kindiki, it’s alleged are burning midnight oil to beat Kiraitu in the 2022 race. Not left behind is Senator Mithika Linturi who has given Kiraitu sleepless nights as he accuses him of mismanaging Meru County and running it as his own business.

Senator Mithika Linturi classed with Kiraitu during a senatorial committee on Devolution about Meru County expenditure audit queries which didn’t go down well with the Governor and culminated to incessant calls for resignation from area residents who are against his way of management of county affairs. Some area residents have accused him of nepotism and mega corruption but are yet to take the Governor or his County officials to court.

Governor Kiraitu has laughed off his accusers and told them to wait till 2022 because right now his focus is on how to bring development to Meru County residents who he claims voted for him overwhelmingly in the last general elections based on his track record in development basing his term as a Member of Parliament, Cabinet Minister, Senator and now their Governor.

The Harvard trained Lawyer is not taking his opponents lightly and has tasked his political advisors to counter the threats coming from his opponents. Unfortunately one of his supporters’ former Member of Parliament for Imenti and currently serving as an East African Legislature ,Mpuri Aburi has deserted  him citing corruption and lack of development as the main reason of leaving him.

” I fought so hard to ensure Kiraitu captures the Meru Gubernatorial seat but I’ve realized that he is not pro development and lacks clear timelines and priorities so I’ve declared an Armagedon fight to ensure he losses the seat to a capable individual to bring development to Meru County” Mpuri said in a recent political event in Meru.

Some Ward reps are not also happy with Kiraitu’s governance style and contemplating an Impeachment motion against the Governor but time will tell if they table the motion in the County Assembly of Meru.