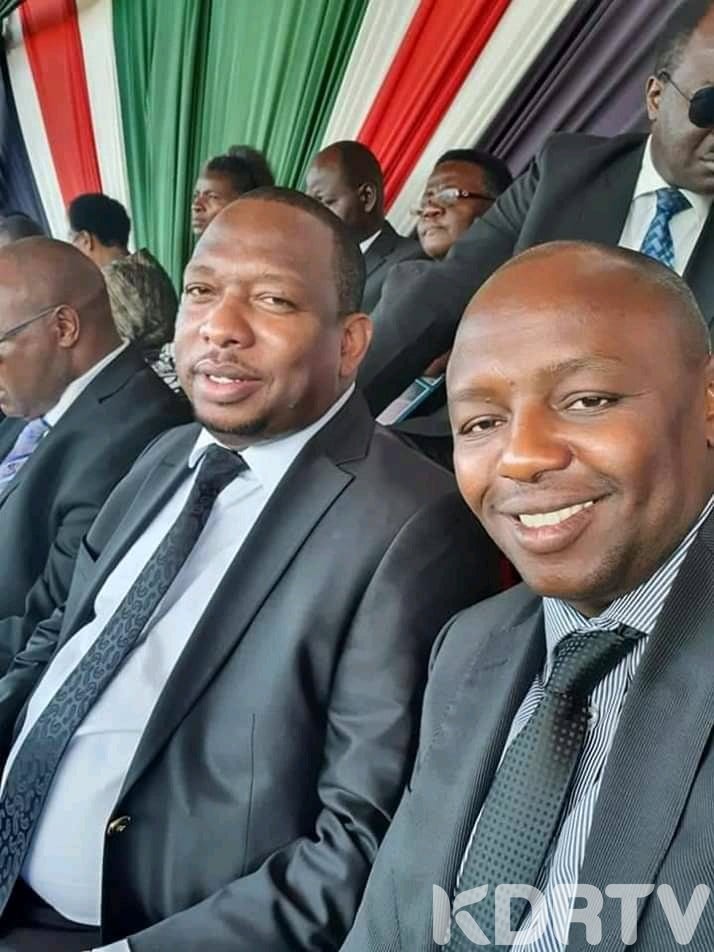 Footage from Citizen TV, showed the governor being kicked from the VIP dais. It is not clear why he was humiliated that way.

On Tuesday, Sonko sponsored a special edition of the Standard newspaper which was issued for free to mourners who attended Moi’s memorial service at Nyayo Stadium.

Though it is not clear, the governor could have been ejected due to his ongoing corruption cases.

President Uhuru Kenyatta has issued strict instructions to his handlers not to allow any governor facing corruption charges near him. Former Kiambu Governor Ferdinand Waititu was the first victim of this directive as he unsuccessfully attempted to reach the President on several occasions before he was impeached last month.

Waititu was kicked out of the Mashujaa Day celebrations in Mombasa on October 20, 2019.

Sonko has avoided public functions since his dramatic arrest in December last year.

Despite attending Moi’s memorial service at Nyayo on Tuesday, his presence was hardly noticed.

UPDATE: The governor was later allowed to attend the function.