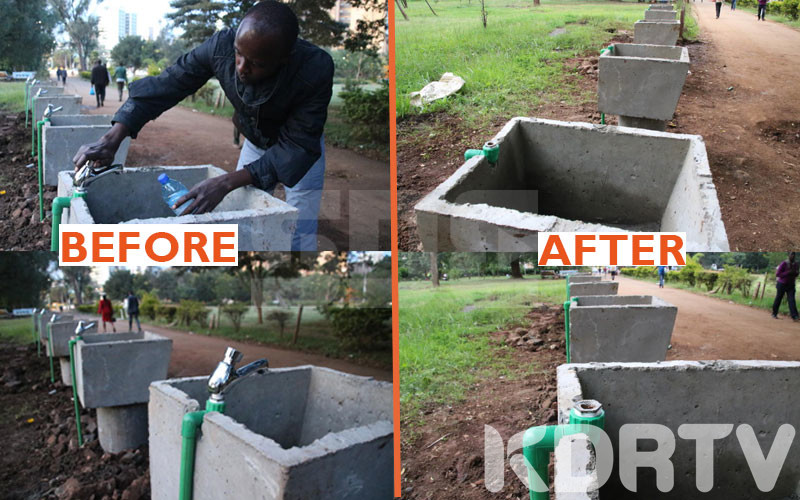 (KDRTV) – Police in Nairobi are investigating an incident in which new water taps installed at Uhuru Park, mysteriously disappeared two days after being launched.

The taps were installed as part of the government measures to fight Coronavirus.

They were to be used by thousands of people who use the park for handwashing.

Taps from a hand washing area in Uhuru Park were stolen two days after being installed on March 24 in a bid to curb the spread of the #coronavirus. #COVID19KE pic.twitter.com/qUVSlR7R8g

But they were not available on Thursday. Kenyans have questioned what kind of ignorance would lead someone to steal taps which were meant to help so many?

The taps that were installed for hand washing at Uhuru Park in a bid to curb the Spread of the Coronavirus, we VANDALISED barely two days after installation.
Is this STUPIDITY or IGNORANCE?
I'm DISAPPOINTED 😔! @MikeSonko @silasjakakimba @BravinYuri
[📷||Credit] pic.twitter.com/z4epMWwcDZ