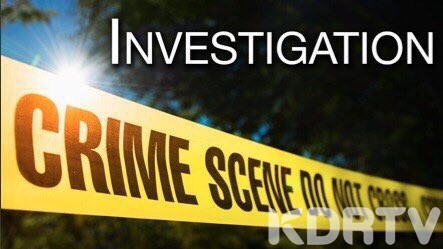 Former Kiambu Governor William Kabogo has revealed that a police officer who was fatally shot 12 times in an alleged robbery was not a robber as police claim.

AP Constable Daniel Etiang and his Uber driver were fatally shot in Ruaka, Kiambu County on Friday night. Police said they were planning a burglary on a house owned by Nigerians in the area.

“Kiambaa [police] officers, following a tip-off, learnt that there was robbery with violence incident that was to take place at Ruaka Court Yard Complex Building in a house occupied by two Nigerian citizens,”  reads part of a report filed at Kiambaa Police Station on Friday night.

“The cops from Kiambaa intercepted the robbers just within the compound of the said-complex as they were taking position. Upon being challenged to surrender, the suspected criminals began shooting at the policemen. [Consequently], a shoot-out ensued, and two robbers were fatally injured, ” the report further said.

But the police report does not explain why they had to shoot at the ‘suspects’ more than 20 times.

Kabogo said he worked with the fallen soldier for more than 4 years and he can swear he wasn’t a robber.

“The late Etyang was my Assistant for 4 yrs, thereafter worked with the MD KEMSA. I can swear he was not a robber that’s BS, cold-blooded murder,” Kabogo said.

Preliminary reports show that even though Mr Etiang had a gun, he never fired. So who were police engaging? The deceased cop was shot 12 times while his driver was shot 5 times.

Blogger Saddique Shaban has asked the police to explain the incidences that led to the shooting.

“Was the felled cop a criminal? Was there any shootout as alleged by the police? Who were the complainants? Where’s the evidence?” Shaban posed on his Twitter handle

Is this another typical police murder casually executed with impunity? Was the felled cop a criminal? Was there any shootout as alleged by police? Who were the complainants? Where's the evidence? Was firearm in fact an officer's legit service weapon? Why is @DCI_Kenya quiet? pic.twitter.com/Emav65o7Y6

The journalist has also poked holes on how the police were so quick to pitch a story on suspected robbers being gunned down. It seems like the killing was pre-planned.

‘Why did Ruaka police hurriedly pitch the story to the media just minutes later? Did the media conduct any due editorial diligence before publishing this cold-blooded murder?’ he asked.