You risk being jailed for three years or face a fine of Sh300,000 or both if you intentionally expose someone to an infectious disease.

In a post shared by the Directorate of Criminal Investigations (DCI) the Public Health Act CAP 242-28 states that it is an offence to infect another person while suffering from any infectious disease.

The law urges members of the public suffering from an infectious disease not to expose themselves without proper precautions and ensure they don’t spread the disease in any street, shop, inn or public conveyance without notifying people about their condition.

“Being in charge of any person so suffering, so exposes such sufferer, or gives, lends, sells transmits or exposes, without previous disinfection, any bedding, clothing or rags or other things which have been exposed to infection from any such disease, shall be guilty of an offence and liable to a fine not exceeding thirty thousand shillings or to imprisonment for a term not exceeding three years or both,” the law states. 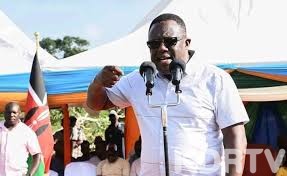 The law further states that people suffering from infectious ailments should inform people about their condition.

This comes in the wake of Coronavirus outbreak in the country- Kenya has for the last two weeks confirmed 13 cases.

On Sunday, Health CS Mutahi Kagwe said that Kilifi Deputy Governor Gideon Saburi will be prosecuted after he finishes the 14-days self-quarantine.

Mr Saburi had refused to self-quarantine since jetting into the country from Germany last week as per to the laws that the government has passed since the first case was reported in the country.