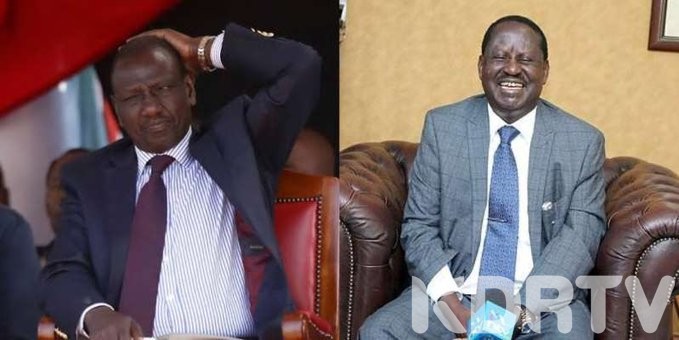 (KDRTV) – Renown political analyst Herman Manyora has advised the Handshake Team to make ODM leader Raila Odinga their candidate for the 2022 elections because he is the only person who can beat Deputy President William Ruto.

According to the University of Nairobi don, Ruto is not a political candidate that can just be wished away and beating him should not be left to political toddlers like Gideon Moi, Fred Matiang’i or Peter Kenneth.

“The 2022 elections will not be a picnic; neither will it be a wedding where the groom may be selected merely on the basis of his looks. Ruto has weathered many storms and it will take the steady and experienced hands of a five-star general to defeat him. Such a general can be found in the person of Raila,” Manyora said in his Nairobi Review blog.

He said argued that the ODM boss has weathered so many political storms and has fought many wars. He is battle-hardened and should be trusted to brush Ruto aside.

He further added that Raila’s performance in the past three elections (2007,2013 & 2017) where he came close to winning the race puts him way ahead of the other potential candidates to take on Ruto.

Manyora believes that Baba does not need President Uhuru Kenyatta’s help to beat Ruto. All he needs is a fair playing field. Uhuru’s support would be nothing more than a top-up bonus.

Raila has declined to declare whether he would be running for Presidency in 2022.