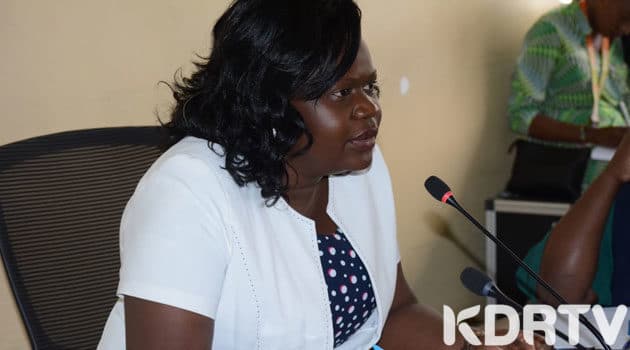 Homa Bay women representative disclosed that she was battling with stage four colorectal cancer. According to the vocal women lawmaker, the disease was discovered five years ago at an advanced stage.

Wanga revealed that the diagnosis was done in a foreign health facility after the local facilities failed to reveal her illness.

The lawmaker revealed her battle with the dreaded disease on Tuesday, July, 2 when he was addressing the National Assembly Health committee on the importance of making cancer a key component of primary health care.

“Chair this bill is so personal to me because I am speaking from experience. I was diagnosed with cancer and before diagnosis, I could not tell what I was suffering from because sometimes the disease is there, and you do not feel pain,” said Wanga

Wanga claimed that many people have been misdiagnosed since even the doctors cannot identify the early symptoms of various types of cancer.

“The main issues is that many people have been misdiagnosed because even the doctors themselves cannot tell from the onset that someone has cancer,” she added.

She, therefore, urged the National Assembly Health committee to consider passing her Cancer Prevention and Control (Amendment) Bill, adding that she has been persistently going for reviews since 2014

Wanga maintained that the bill will ensure that cancer is captured as a component of primary care and thus the country will tackle the disease effectively.

“When I sought treatment outside the country, the simple things that a nurse was able to do there, can also be done here,” said Wanga

“We need to make it primary healthcare to avoid late diagnosis which in turn becomes difficult to treat leading to deaths which would have been prevented,” she added.

The women representative also insisted that there is a need to train more oncologists in every county to enable the health care givers to improve the potentials of fighting cancer.

On their end, the committee members under the leadership of Murang` a Women Representative, Sabina Chege, welcomed the proposal and hinted that it was timely.