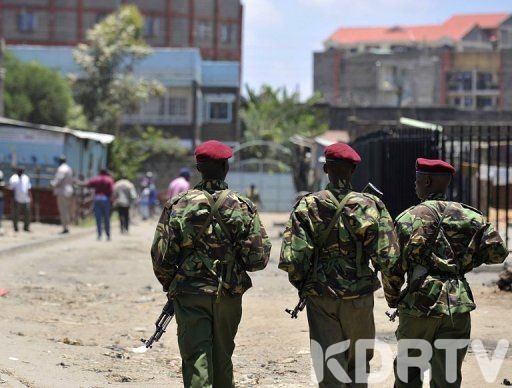 KDRTV has received reports that police in Karachuonyo sub-county in Homa Bay allegedly killed a Boda Boda rider during a dusk to dawn curfew on Friday, March 27.

Calvince Omondi, 23, passed away in the morning of Sunday, March 29, at Rachuonyo Sub-county Hospital in Oyugis town after he was allegedly clobbered by police officers at the Kosele trading center

Reports indicate that Mr. Omondi succumbed to head and chest injuries after he was allegedly hit by blunt objects

“Darkness was almost setting in when my son decided to take one of his customers to Kendu Bay. Unfortunately, the distance between the two places is quite far so darkness fell before he came back,” he said.

According to our source, Omondi was riding his motorbike within Kendu bay town when he met the officers at Kosele trading center at around 7:30 and attacked by the officers leaving him with serious injuries.

“I got the information that my son was attacked and the injuries he got led to his death. He has left a pregnant wife with one child,” he said.

However, police in Rachuonyo distanced themselves from accusations.

According to the police commander Esau Ochorokodi, the rider sustained injuries after being involved in a road accident.

According to the police commander, Omond was riding his motorbike when he lost control and hit a block of concrete on the side of the road

“The information I have is that the rider hit a culvert on the roadside which caused his injuries. I am not aware of any case where my officers attacked anyone,” he said.