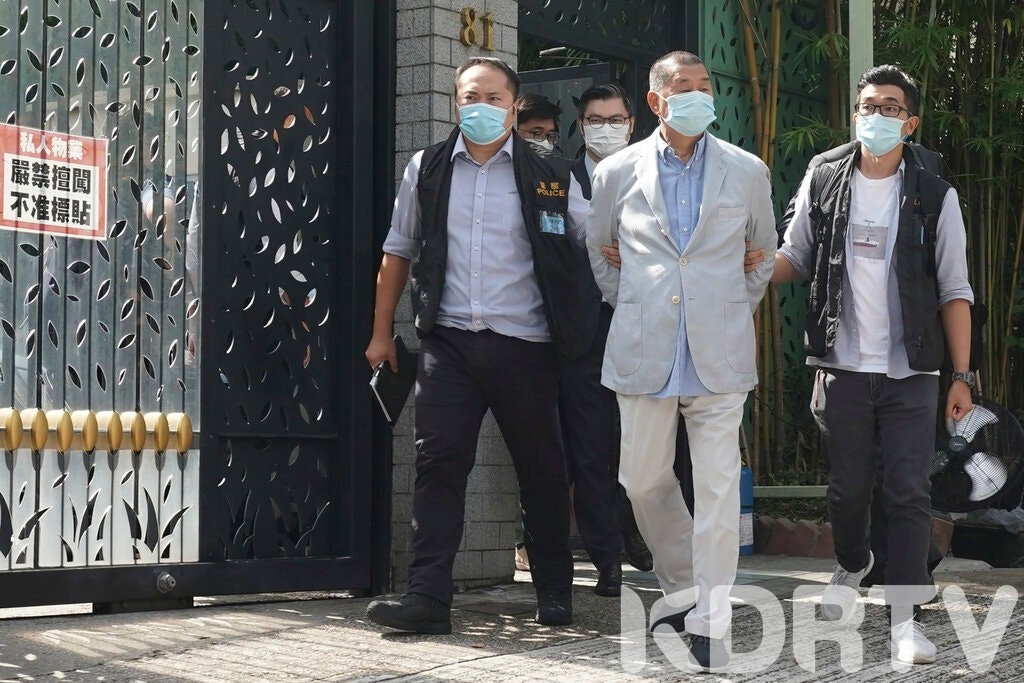 KDRTV recognizes that the magnate`s case is the most high-profile seizure under the new contentious security law imposed by China in June 2020.

Mr. Lai who is also a UK citizen was on February 2020, charged with illegal assembly and intimidation but was later imparted police bail

Mr. Lai has been described by the Chinese state media Global Times on Monday as “riot supporter” and that his publications have been “instigating hatred, spreading rumors and smearing Hong Kong authorities and the mainland for years”.

Reports also indicate that two sons of Mr. Lai and two senior executives of Next Digital have also been arrested

Jimmy Lai, who is a UK citizen, is handcuffed and and escorted to a van. Arrested for alleged foreign collusion, he is so far the highest-profile arrested after national security law was inserted by Beijing. Police says he is also arrested for committing fraud. #HongKongProtests pic.twitter.com/Vi4okmLhUv

The police have also announced of Facebook that seven men aged 39-72 had been detained on “suspicion of collusion with foreign forces” and other offenses but did not name Mr Lai.

A section of experts alleges that the arrest instills fear on the freedom of media and the people of Hong Kong who before the new security law fancied freedom than the people on the mainland.

The law whose key provisions obligates crimes of secession, subversion, terrorism and collusion with foreign forces are punishable by a maximum sentence of life in prison

Since the security law was passed, there have been two convolutions of arrest and a high profile activist Nathan Law fled the city before the law came into force