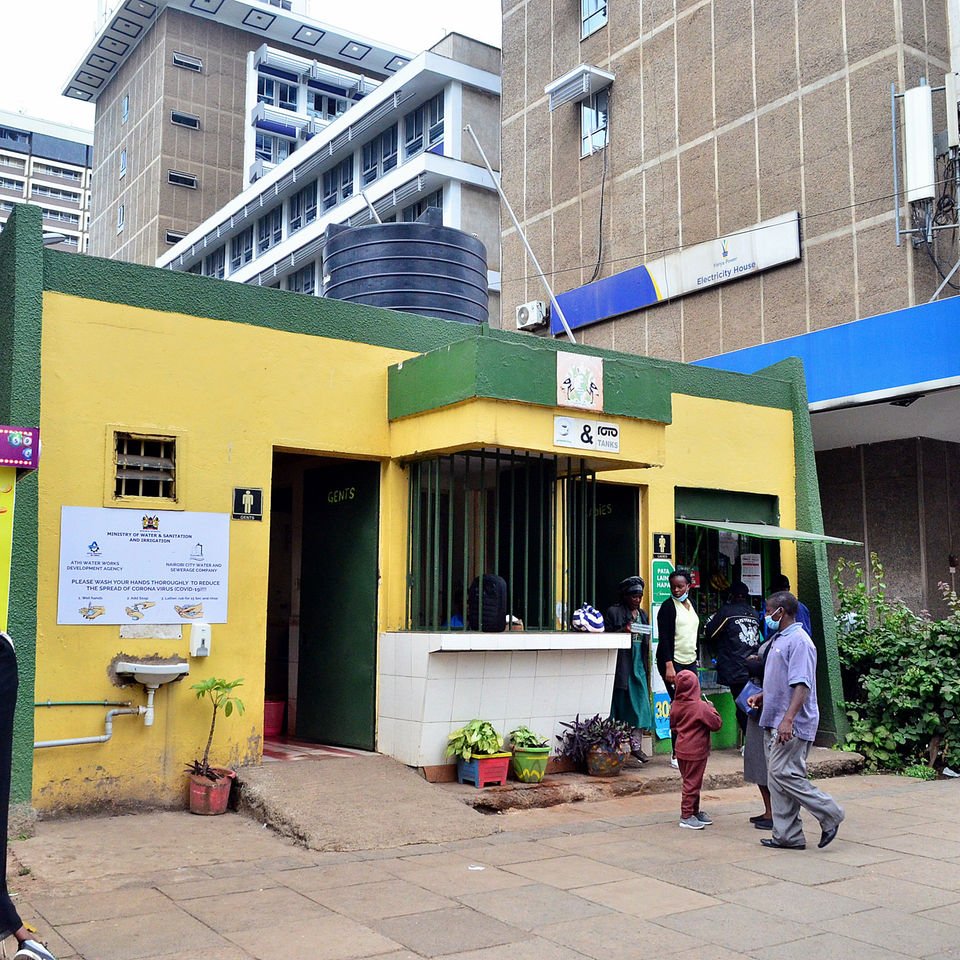 A Public Toilet in Nairobi CBD

(KDRTV) – Anyone who has been to Nairobi CBD has been forced to use a public toilet on at least one occasion. You parted with Ksh 10 for this very important exercise.

On paper, this is not a lot of money. But imagine 200 people visiting a public toilet within 20 minutes. This means operators of these facilities make Ksh 6,000 per hour and sometimes up to Ksh50,000 in a day. The mouthwatering money explains why public toilets have become such a coveted business in the city.

Battle for Lucrative Toilets Business in Nairobi. #kazinikazi #jijengenawishfm
The toilets in high traffic locations could be making as much as Sh50,000 per day.
To access a public toilet in Nairobi, one is required to part with 10 shillings.
Pastor Fred#TanzaniaElections2020 pic.twitter.com/lwFVPTTWeC

In 2018, a man drew out his gun and fired twice in the air to disperse youth who were plotting to take over a toilet he was operating at Khoja stage.

Governor Mike Sonko’s office says the toilets are operated through a Public-Private Partnership (PPP) which sees the facilities given to private entities to run. The entities ensure the facilities are clean.

“Any person or group that are interested (in running the facilities) normally applies, then they are vetted and those who qualify are allocated the space. It’s the business of the county government to provide sanitation. The government gets nothing in return,” Governor Sonko’s spokesperson Ben Mulwa told Daily Nation.

So the County Government gets nothing from the multi-billion dollar business? All you need to do is apply to manage a toilet and it is systems go.

On paper, it looks very easy. However, things are very different on the ground. The toilets are run and operated by a closely-knit cartel with political ties. That could be the reason why the millions don’t benefit the county government.