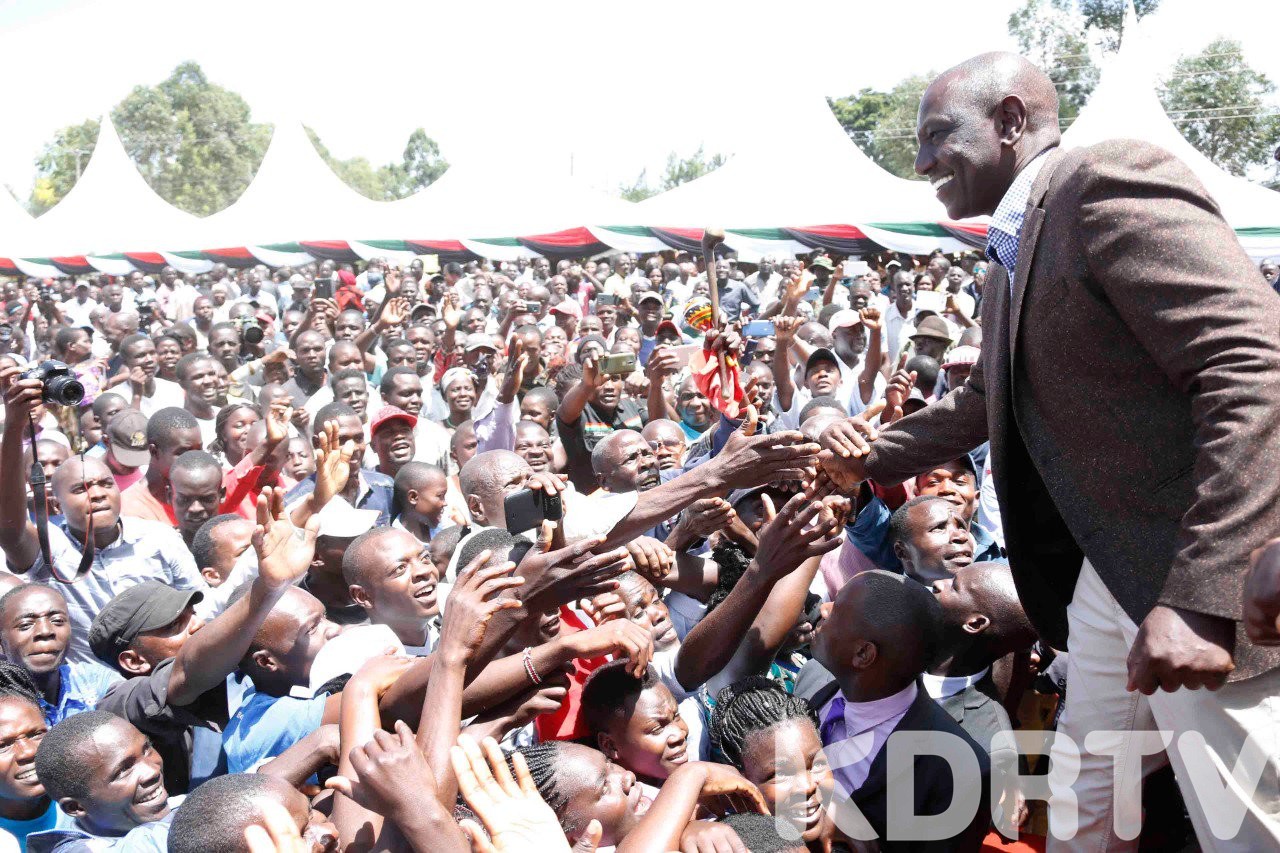 In June 2016, then Kiambu Governor William Kabogo sent shockwaves in the political circles when he claimed that Deputy President William Ruto is not guaranteed of the Mt Kenya votes in the 2022 elections. His utterances came just a few months before the 2017 General Elections where Uhuruto were to defend the presidency on a Jubilee ticket.

We cannot tell why Kabogo went public with such words but what we do know is that he was digging his own political grave. Come 2017, and he had lost his seat to Ferdinand Waititu of all the people. Kabogo has severally blamed his loss on Ruto, claiming the DP sponsored Waititu with the aim of flooring him, which is true.

But Ruto did not only author Kabogo’s downfall, but he also ensured all other Mt Kenya politicians who threatened his 2022 ambitions did not win in an elective post in 2017. Martha Karua, Peter Kenneth and former Meru Governor Peter Munya are all out in the cold at the moment.

On March 9, 2018, President Uhuru Kenyatta and ODM leader Raila Odinga surprised many when they entered a truce and the handshake was born. Uhuru started speaking glowingly of ‘his brother Raila’ a man he had severally called a ‘Mukorogi’ during the campaign period.

Uhuru and Raila have toured the Nyanza region more than three times since the handshake but the two leaders have not toured Mt Kenya together. Early this year, a planned tour of Central Kenya was cancelled at the last minute after intelligence reports indicated that the ground might be too hostile for the handshake.

During that period, Ruto has visited the region more than 10 times. In April this year, he arrived at a church function in Nyeri to find no security. But he doesn’t really need security because he is at home.


This week, a section of Mt Kenya MPs held a press conference at Parliament Buildings and told everyone that they will oppose the BBI report. Uhuru and Raila have invested a lot in the BBI.

If #BBIKenya Report is NOT out YET, what are WE DISCUSSING? Central Kenya MPs are JUST Exchanging IGNORANCE.

This is not the first time that Mt Kenya MPs have publicly ignored Uhuru. In fact, it has become the norm. On June 9, Uhuru launched a scathing attack on politicians who have refused to work for Wananchi and instead started early campaigns.

Instead of heeding the advice, the politicians led by Kandara MP told off the president that he is not the reason they were elected and that they can’t stop early campaigns because he won’t vie in 2022.

In Mt Kenya, Ruto has more allies than Uhuru. Opposing the DP is like committing political suicide in the region. Kirinyaga Governor Anne Waiguru had to retract her statement after claiming that the region was opening up for Raila.

If gubernatorial elections were held today in Kerinyaga, Purity Ngirici will beat Waiguru hands down. Ngirici is one of Ruto’s foot soldiers.

Mt Kenya has a new kingpin, his name is William Ruto.