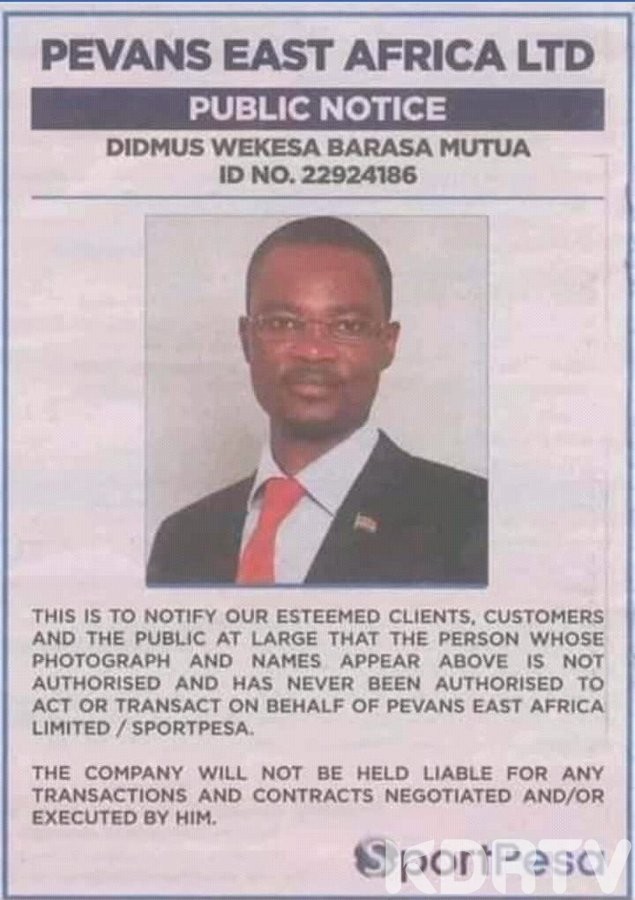 Firebrand Kimilili MP Didmus Barasa has recently been in the news for all the wrong reasons. Barasa was attacked by goons during the Kibra by-elections on Thursday last week. The goons had allegedly been set by his Dagoretti North counterpart Simba Arati.

Barasa, who has was allegedly airlifted to South Africa for treatment after the Kibra attacks, has been the talk of town after he said during an interview with a local blog that ODM leader Raila Odinga sent him to a witch doctor in Nigeria before the 2017 elections.

But things did not end there, the Tanga Tanga MP has also gone after Wajir Woman Rep Fatuma Gedi, accusing her of bedding her drivers.

Taking to social media on Thursday, the first time lawmaker as his Tanga tanga teammates to help Fatuma Gedi get a husband so she can stop chewing small boys. He shared a court order from the Kadhi court which asked the female MP to hand over custody of her three children to her husband.

@Hon_FatumaGedi you forgot your below document in Kibra. @RehemaJaldesa @Cate_Waruguru @WanguiNgirici . Please rally @KEWOPA to combine forces with @InuaMamaKE to assist @Hon_FatumaGedi get another husband. So as to stop chewing small boys including her drivers and bodyguards. pic.twitter.com/vO0vXY8Jp6

But Fatuma Gedi didn’t take this lightly. She also produced one of Didmus Barasa’s worst kept secret. Apparently, Mr Barasa was a conman before he became an honourable member of parliament.

His conmanship was bad, that Sportpesa had to issue a public notice with his picture and ID number warning Kenyans against conducting any business with him.

‘This is to warn the public that the person whose name and photograph appears above is not authorised and has never been authorised to act or transact on behalf of Pevans East Africa Limited/Sportpesa,’ reads part of the public notice.

It is not clear when Sportpesa issued this statement, but Kenyans have called for the arrest of Didmus Barasa after it emerged online.