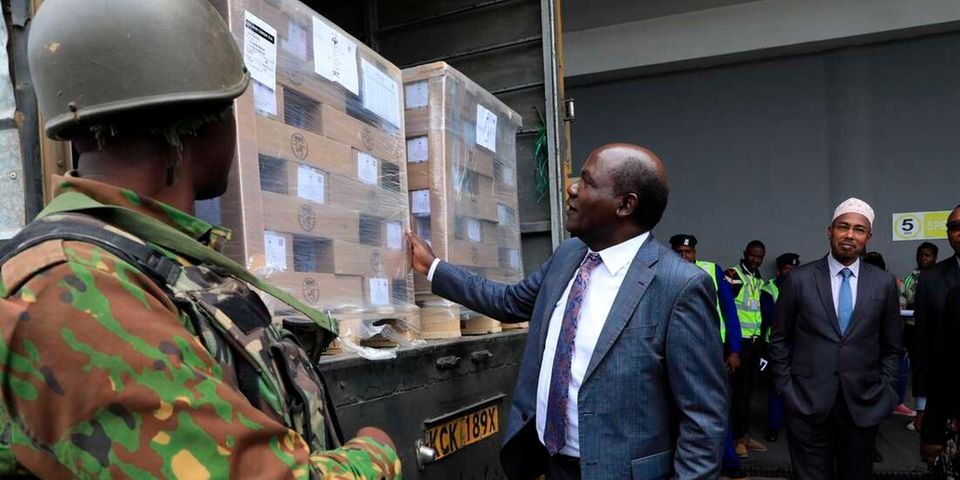 The main political parties on Friday reacted angrily to the arrest of a Venezuelan national at the Jomo Kenyatta International Airport (JKIA), as the electoral agency failed to address media inquiries regarding the incident.

Politicians close to Azimio and Kenya Kwanza made much of the episode, with the Azimio camp criticizing the Independent Electoral and Boundaries Commission (IEBC) and Kenya Kwanza defending it. In the process, IEBC Chairman Wafula Chebukati became embroiled in the political scuffles between Deputy President William Ruto and his allies on the one hand, and President Uhuru Kenyatta and Azimio presidential candidate Raila Odinga on the other.

The IEBC published a statement late last evening accusing the police of lying. According toChebukati, the security officers also detained two other people who were employed by the commission and had gone to check on a colleague, in contrast to the police’s claim that only one person had been detained. He explained that their parole was subject on them appearing before the Anti-Terrorism Police Unit on Tuesday.

“The National Police Service (NPS) informed the public that the stickers had been released to the commission, yet the said stickers have, in fact, been confiscated and retained by the OCS, Anti-Terrorism Police Unit, with the implication that the commission is now not able to seamlessly prepare for the elections,” Chebukati said.

“The NPS has, most importantly, confiscated all electronic items, including mobile phones, laptops and flash disks in the custody of the said personnel, which items contain important and sensitive information relating to the forthcoming elections, as well as projects undertaken by them for other countries. The personnel were compelled to give passwords to the confiscated phones and gadgets, resulting in a violation of their right to privacy.” he added.

Police had previously stated that Comarco Gregoria, a Venezuelan national, had been freed after it was confirmed that the stickers belonged to the IEBC.

“The police, as per standard procedure and arrangement with the IEBC, were not notified of such imports beforehand to provide necessary security and escort.” National Police Spokesman Bruno Shiosho Said.