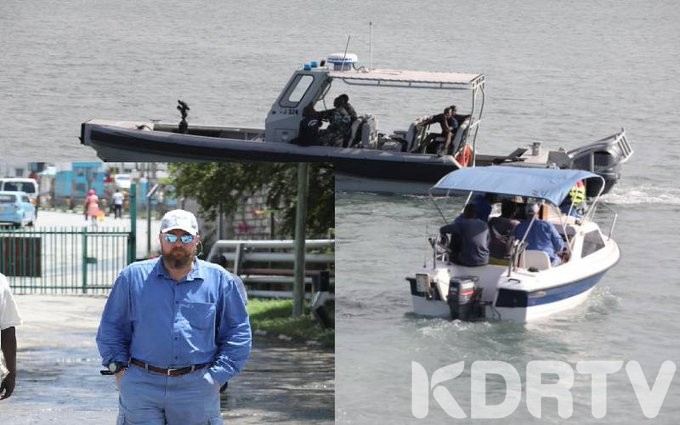 The last hopes of recovering the two bodies of mother and daughter who plunged into the Indian Ocean have been dwindled after the Swedish Diver expected to succeed in operation failed.

The diver,Volker Bassen had in an earlier video interview promised to recover the body under two hours claiming that he was experienced and had all the necessary equipment to carry out the operation.

However, after frantic efforts to search and attempts to recover the bodies, he has apologized to Kenyans saying he had underestimated the depth of the ocean, together with other challenges.

“I want to retract on my earlier statement that I would recover the car and the bodies in just two hours. There is zero visibility and channel is very deep,” he said, praising the Kenya Navy divers whom he worked with for being “brilliant”.

Bassen had given people so much hopes and dived into the water only to come out after 32 minutes claiming their was poor visibility and deep channel, offering sincere apologies to the Kenya Navy who had been at the area since the occurrence for underlining their work.

He ideally said that divers were putting their lives at risk for a recovery process and not a rescue mission hence it was time to consider the risks involved and move on with life.

“Divers are putting their lives on the line. This is a recovery process and not a rescue mission and it is time to reflect on the risks involved,” he said.

35 year old Mirriam and her 4 year old Amanda had plunged into the ocean when the vehicle reversed, and it has been seven days since the incident with operations to recover the bodies deemed futile.

When the Swedish diver came forward and promised to complete the mission, he was applauded with people asking the government to give him the chance.

A scuba diver and whale shark expert has volunteered to scale down the Likoni channel waters to retrieve bodies of two victims who drowned last Sunday after their vehicle plunged into the ocean from a ferry.https://t.co/WVLEGup2nT

The failure of the mission to rescue has however attracted different emotions with others applauding his effort and bravery to take on the job while others critiqued his flexing terming him a disgrace.

The family is yet to come to terms with the failed rescue mission with the government promising to do everything possible to give them the closure needed.