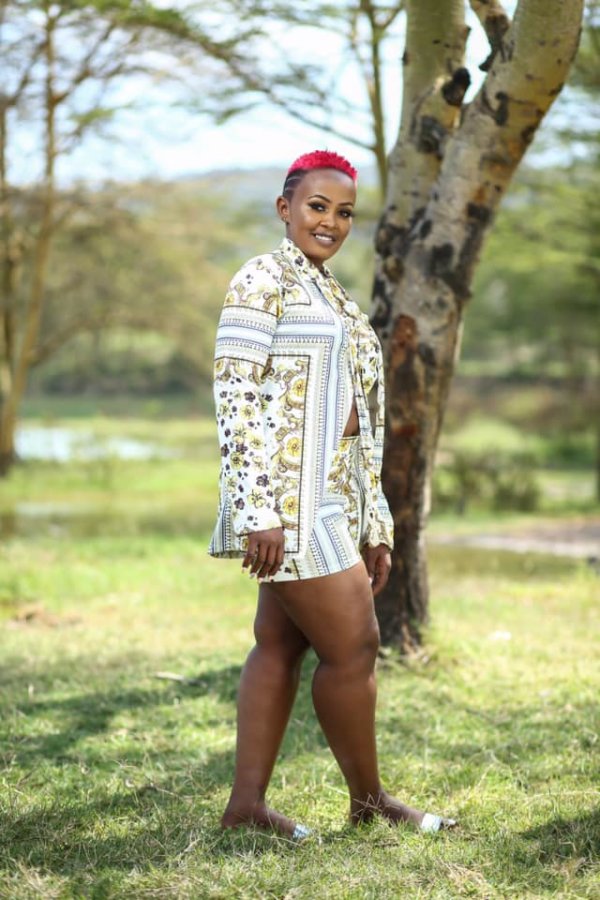 (KDRTV) – A lady identified as Jackline Njoki Mwangi alias Kiki Wa Ng’endo has come out to sensationally reveal how she has infected multiple men with HIV. The business lady who runs a barbershop near Garden Estate was speaking to Tuko’s Lynn Ngugi in an interview where she admitted that she is still battling depression and that her own family hates her.

Jackline turned 36 years old on 8th August having been born in 1984. She revealed that she comes from a family of three; her mother, her elder sister and her. They do not see eye to eye due to the way their mum treated them as they were growing up.

“My mum, my sister, and I do not see each other eye to eye. My mum used to beat my sister too much. She hated her for some reason. On several occasions I had to tell her off,” she told Lynn.

The beautiful lady opened up on how she had to sleep around with men so as to make ends meet after her mum allegedly neglected them after she relocated to the United States of America. Her father died many years ago but he never raised them.

She discovered that she had turned HIV positive when she was between 18-19 years old. She was in Mombasa where they had been taken by a distant relative. It is the relative that requested her to go for an HIV test and when she did, she was heartbroken to discover that she had turned positive. She did not take it well and at one point in her life, she attempted suicide.

When Lynn asked her why she would knowingly infect men, she said that it is a man’s responsibility to use protection.

“I cannot be your keeper. We are not related. If you want to sleep with me, why don’t you use protection or request for a test?” said Jackline.

She even confessed to having slept with a prominent man who insisted on testing her. When she turned positive, the guy decided to use protection.