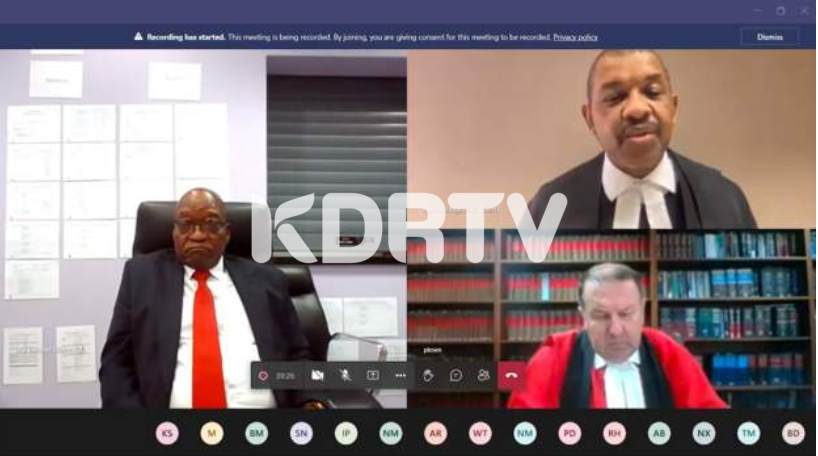 KDRTV NEWS: South Africa`s former president Jacob Zuma has appeared on a video link in a corruption case from jail since he was prisoned.

This is the first time the former president is seen after he was jailed.

The besieged former president is now facing fraud charges dated back to the 1990s.

Jacob Zuma`s sentence sparked violent protests in the country after the protestors engaged the police in a violent confrontation.

At least 200 people have been killed following the violent protests; some protestors looted supermarkets, set them alight while others burn buses.

Dozens of people were arrested by the police that sought the help of the military men to quell the unrest.

The case hearing took place online following the measures deployed by the South African government to halt the spread of the pandemic.

Jacob Zuma and his supporters have blamed the political witch hunt from the current President Cyril Ramaphosa and his allies.

Zuma`s case is significant since it is seen as a test of the South Africa rule of law.

Zuma was impeached in his second term in office after ruling for nine years following allegations of corruption in his government.

It is alleged that Zuma granted three Indian-born businessmen Atul, Ajay, and Rajesh Gupta access to state resources and influence over government policies.