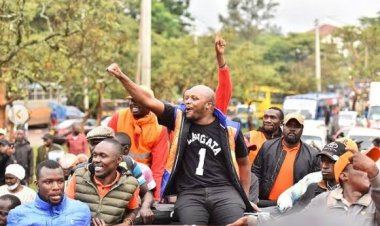 It was a good moment to celebrate for Felix Odiwour after he was announced the winner in Lang’ata ODM nominations.

Jalang’o emerged as the victor in the Lang’ata polls after he garnered 3,509 votes and was closely followed by Oscar Omoke who got 1,612 votes.
Also in the race was former Gor Mahia Treasurer, Sally Bolo who garnered 138 votes.

The media personality took to social media to thank his proponents for supporting his bid to serve them. Jalang’o had promised to transform Langata constituency. 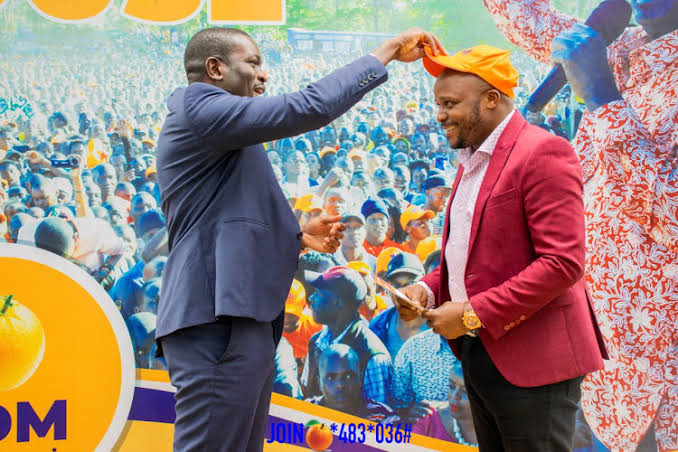 “God has given me the chance to fly the Azimio Flag in the August elections. Thank you Langata. We are one step in. Now the real work begins and God is above everything,” read the statement in part.

Few weeks ago, it had been rumoured that a direct ODM ticket was given to someone else.
However, the party’s ODM National Elections Board Chairperson, Catherine Mumma denied the allegations.

“We are pleased to inform our members that the process of consensus-building with respect to the positions of governor, senator and woman rep, and MPs for the two counties Nairobi and Mombasa is progressing well and the conclusion shall thereof be communicated as soon as we finalize,” she stated.

Also read Jalango’s Wife Begs Kenyans To Vote For Him: We need a new lot of fresh leaders