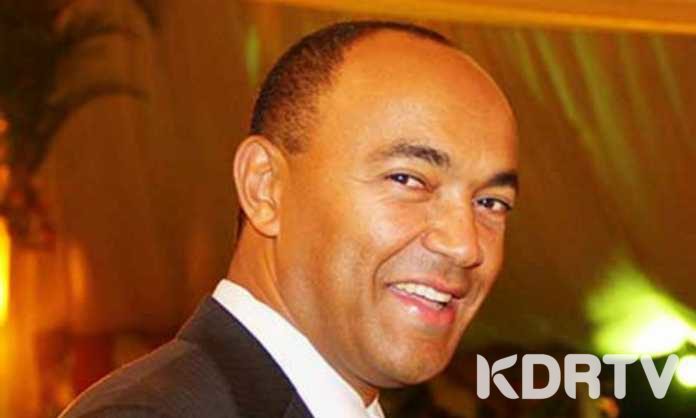 Odinga was among the dignitaries that attended the burial of the Former MP’s mother in Gatanga including the President and his Deputy.

He was addressing the mourners when he put in the good word for Kenneth adding that he was a very hardworking man that deserved a position in government.

He thus called upon the President to consider Kenneth when giving positions in his current government.

In the burial, Kenneth was seated next to President Uhuru with whom they exchanged laughter and smiles after the opposition leader’s remarks.

Kenneth’s mother had succumbed last week after years of being confined to a wheelchair due to stroke.

It was established that the former MP had equipped a room in his Nairobi home with the latest machinery and full time nurses to take care of his sick mother.

Although the mother had given her last breath, Kenneth said that he had done his best and everything worldly possible to keep her alive bu that God’s wish had prevailed.

Kenneth was among the contestants for the Nairobi Gubernatorial seat in last elections where he lost to Mike Sonko.

He has been mentioned in some of the biggest controversies in the country, among them being the KenyaRe graft as having been part in corruption scandal.

Ideally, another controversy surrounded him after his son was involved in a careless driving in 2017 killing a pedestrian on the spot.

During the last gubernatorial elections debate, the former MP was stripped bare by his counterpart Miguna Miguna by exposing his corruption deals and history. He was termed cartel who was after the set to protect his interests and steal public property.