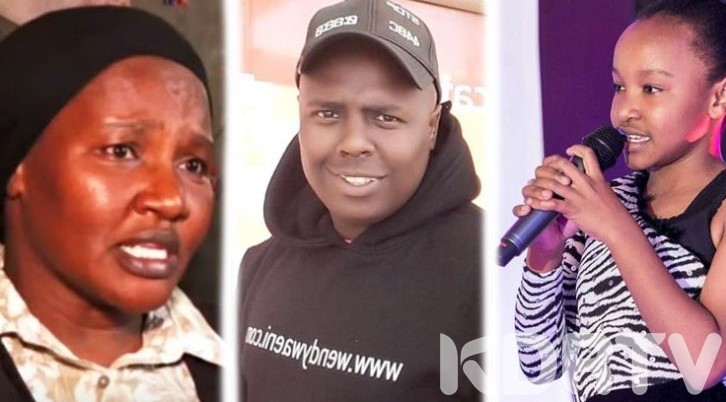 Former gymnast Wendy Waeni’s manager is wanted by the Director of criminal Investigations (DCI) and a warrant of arrest issued on grounds of forgery and threatening Waeni’s mother.

Mwangi is wanted for allegedly impersonating a Cabinet Secretary and sending threatening messages to the gymnast’s mother.

In a tweet, the DCI made it obvious that the former manager was wanted and liable for prosecution based on the evidences prevailed and added his photos for clarity.

“Mr. Joe Mwangi whose photos appear below is wanted by the DCI detectives regarding forgery of a letter purporting to be from a cabinet secretary and threatening Magdalene Mbele,” read the tweet.

Mr Joseph Mwangi NDUTA alias Joe whose photos appear below is #Wanted by @DCI_Kenya Detectives in connection with the Forgery of a Letter purporting to be from a Cabinet Secretary threatening the complainant- Magdalene Mbele of some consequences. To report at #DCI Nairobi Area. pic.twitter.com/BvcTWV2Wt0

The story of Joe mwangi as a manager from hell came into life after the young gymnast was interviewed at JKL where she disclosed horrific revelations labeling the former manager as a con and a person that exploited her.

According to young Waeni, she had travelled across the world and performed at some of the best stages but there was nothing to show for it, not even a penny.

She explained that the former manager used her status for his selfish gains and exploited her rather than offering guidance and a helping hand.

“I’ve performed all over the world, been in Rwanda, Germany, and China…and I’ve not got even a single penny. My mum is suffering right now, she sells sweets while we live in a single room,” said Waeni.

When the interviewer asked her if her mother was watching the show, she went ahead and broke into tears saying that they had no television hence her mother could not watch her during the interview.

Majority of Kenyans were angered and some rushed to defend the little girl by using threats, abuses and attacks on Mwangi.

A couple of days later, the incident unfolded in different ways after the former manager offered to give an interview with his side of the story.

He tainted the little girl’s name and even produced obscene pictures to make the girl look bad.

Although there are two sides to the story, many politicians and renowned leaders came out in defense of Waeni with enough evidence portraying Mwangi’s character.

For instance, ODM Secretary General narrated an incident where Mwangi wanted a cheque addressed to Waeni cancelled and redirected under her name.

According to Waeni’s mother, Raila Odinga gave her daughter some money which they have never seen to date.

“Raila Odinga gave my daughter Ksh.140, 000 but we only saw Ksh.30, 000. Mwangi has been using her to gain financially and climb up to get politicians to his side,” said Mama Wendy.

The DCI children Section had promised to investigate the matter and serve the young girl justice after the public condemned Mwangi, although the progress of the case is still unknown.

However they have finally caught up on him on forgery charges as well as issuing threats.