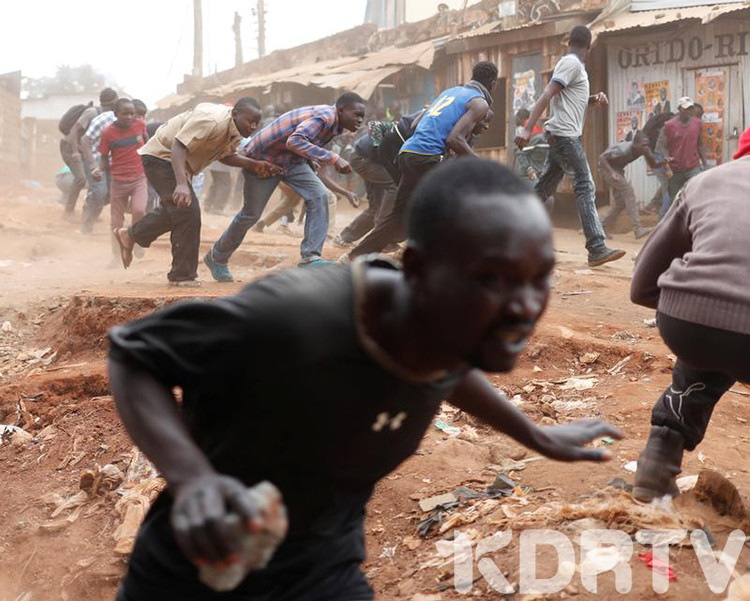 Rights groups and journalists trying to document police brutality as they dealt with protestors soon after the August 8 polls have been met with fierce force.

Police have been accused of smashing phones and cameras used to document their brutal acts.

A report titled Kill Those Criminals by Human Rights Watch and Amnesty International said the Committee to Protect Journalists (CPJ) has documented the cases of at least 10 journalists countrywide who reported being harassed by security services and being prevented from doing their job during the election period.

The report noted that threats of arrest after the elections from the Nairobi police chief also played a part in intimidating journalists and disrupting their work.

“Police smashed the camera of the well-known international photographer, Neil Shea, in Kibera when he tried to photograph a youth leader being beaten,” the report said.

In Mathare, an activist who tried to capture police on film had his camera snatched and smashed by police. They then beat him for the attempt. He said the police told him: “If you film us, it can be used as evidence; we can lose our jobs.”

Such experiences were common during the protests, the report observed.

In Kibera, police obstructed and ejected from the area journalists who were covering protests. KTN journalist Duncan Khaemba and cameraman David Okech were arrested for not possessing a permit for their protective clothing, while Wall Street Journal correspondent Matina Stevis was hit with a stick and told to leave the area along with others. Police also threatened human rights defenders.

Independent Policing Oversight Authority (IPOA) said officers were not cooperating with them in their investigations into police actions in the post-election period.

Past cases of police brutality, including the two mysterious deaths, are yet to be resolved and perpetrators made to pay.