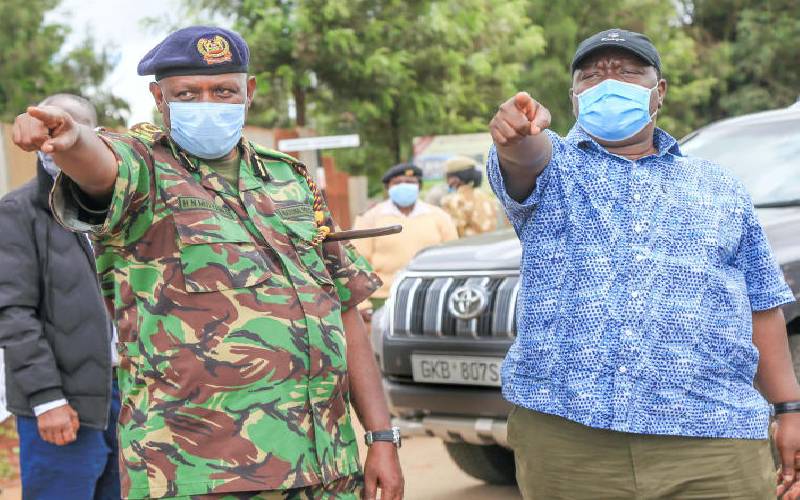 (KDRTV) – Journalists have been locked out of a meeting between Interior CS Fred Matiangi and the Senate Security Committee.

Journalists who had arrived at parliament to cover the proceedings were ordered to leave by Garissa Senator Yusuf Haji.

“What are you doing here. I don’t remember inviting you here. Go back we will call you back later,” Haji told journalists.

Journalists kicked out of the Senate grilling of Interior CS Fred Matiang'i and Police IG Hillary Mutyambai where they are to explain the arrest of three Senators that disrupted House business on Monday.

Matiangi and Inspector General of Police have been summoned to answer questions over Monday’s arrest of three Senators. Kenyans would have liked to hear what the CS has to say but that will not happen as the media was locked out.

Senate @SpeakerKLusaka has directed the Chairperson of @SenCommitteeKE on National Security to consult relevant agencies and report to the House on the matter of reported arrests of three Senators. The House has resolved to Adjourn until 2.30 pm. #SenateLive pic.twitter.com/9dJKhcvSV2

“They’ve sent an SMS and one of the officers at the office of the CS did inform us that the CS is on 10-day leave which was given by the President, therefore he was not available,” Haji said on Monday.

This irked the house with Siaya Senator James Orengo urging Speaker Ken Lusaka to bring an end to the tendency of leaders disrespecting the house. He said the Senate is bigger than the High Court and should be accorded the respect it deserves.

Three Senators; Cleophas Malala (Kakamega), Christopher Langat (Bomet) and Steve Lelengwe (Samburu) were arrested in Nairobi and driven to their home counties on Monday. Coming on the eve when the house was to discuss the Third Revenue Sharing Formula, they allege they were being blocked from voting.

Malala spent Monday night at Mumias Police Station but was released without being charged. His name was not even written in the OB book. Langat, who was driven to Bomet was released after being questioned for 30 minutes. Police accuse him of oathing Kispsigis. Lelengwe was questioned over the rising insecurity in Samburu.