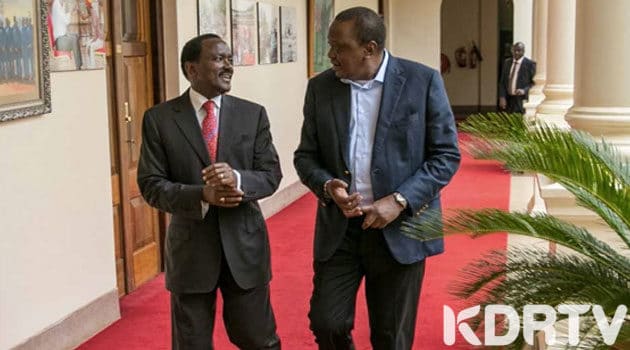 President Uhuru Kenyatta appoints Kalonzo Musyoka his special envoy to South Sudan two days after state visit by South Sudan President
The National Super Alliance (NASA)  Speaking at an interview with KTN News, NASA CEO Norman Magaya noted that the election was not over and Jubilee will start feeling their resistance effect soon.
“This election is not over until it is over. To as it is very clear that Jubilee will go on with what they think is right to do and as NASA we will also go on with what we think is right to do.”I can promise you that in the next 7 days Jubilee will be able to taste what we have been saying and our resolve is so firm. I don’t see hoe Jubilee will survive this,” Magaya stated.

on Monday night warned that the Jubilee Party would face its full wrath within 7 days after the Supreme Court upheld President Uhuru Kenyatta’s win.

He explained that the coalition will act within the constitution but maintained that they will respect the election of October 26th 2017.

“It is good that we reiterate our early assertion that for us everything that happened on 26th of October is a charade, a mockery of the constitution and cannot give birth to a product worth our respect and obedience,” the NASA CEO explained.

Regarding their way forward, Mr Magaya explained that the opposition was weighing a number of options adding that once they reach a conclusion the country will be notified.

“We have a range of options in our hand. Swearing in Raila is one of them. It has been considered robustly when the right time comes, the country will be informed,” he noted