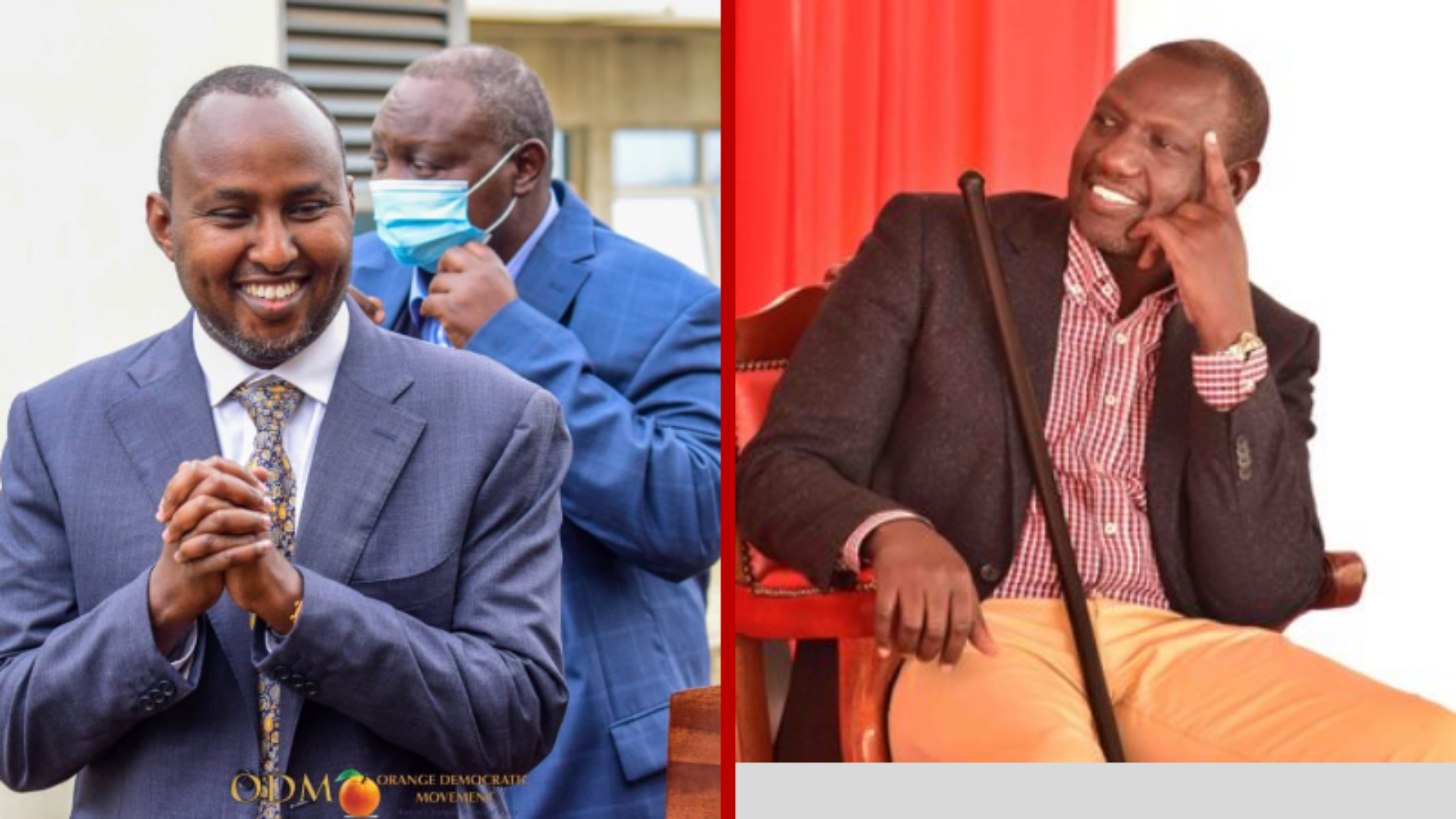 (KDRTV) – Suna East MP Junet Mohammed has dared Deputy President William Ruto to use his influence in the country to make himself President in 2022.

The lawmaker accused Ruto of bragging that he made Raila Odinga a Prime Minister and also helped President Uhuru Kenyatta rise to the presidency.

Junet Mohamed: Ruto claims he made Raila Odinga the prime minister, we are now waiting for him to make himself president. pic.twitter.com/kzqxLXnOFC

“He has claimed that he is the one who has made Raila Odinga be the prime minister and Uhuru Kenyatta to be president. We are waiting for him to make himself president come 2022,” the lawmaker said during a press briefing on Monday.

He challenged the DP to resign and concentrate on his 2022 ambitions if he felt he was being frustrated.

It is dishonest for William Ruto to send his people to insult other leaders including the President then pretend to be telling them to stop. #Resign pic.twitter.com/3M7ITLDhKy

He also accused Ruto of unleashing his allies to attack President Uhuru Kenyatta and Mama Ngina Kenyatta and then coming out to warn them about the same.

“I want to ask the DP to spare this country the politics of war and threats and violence…. You cannot abuse other leaders to gain power including mothers of this country,” he said.

Junet Mohamed: You cannot abuse other leaders to gain power. Abusing Mama Ngina is abusing all the mothers of this country. pic.twitter.com/8TB99BpeTF

The MP was referring to utterances from Emurua Dikirr MP Johanna Ngeno and his Kapseret counterpart Oscar Sudi.

Ngeno was arrested on Monday over hate remarks he made towards the President’s mother on Saturday. He has been charged with using abusive language and offensive conduct.

Sudi reacted to Ngeno’s arrest by releasing a series of videos on social media addressing the President and his mother.

Subscribe to watch latests videos
In this article:Headlines, Junet Mohammed