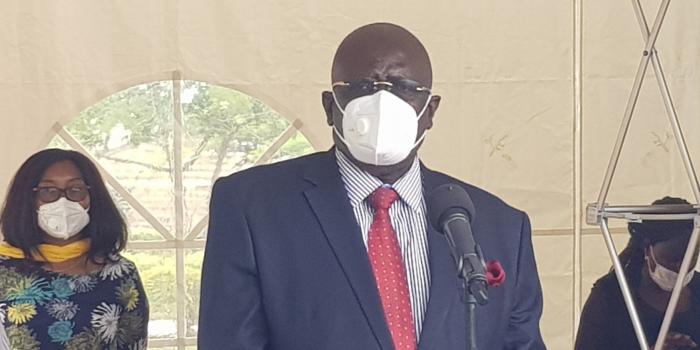 All eyes on Education CS Magoha as Schools Record COVID-19

(KDRTV) – 11 students have tested positive for COVID-19 at Friends School Kamusinga, raising alarm and anxiety among parents in Bungoma County.

According to teachers at the school, parents have been calling the institution to confirm the whereabouts of their kids since the first case of the virus was reported early this week.

If Mutahi Kagwe can NOT convince Uhuru, Raila and Ruto, wait; one, two, three. Yes, THREE Kenyans to STOP holding idiotic covidiots rallies during Covid19 pandemic, do you, in your right mind expect him to convince the MILLIONS of followers of those THREE Kenyans across Kenya? ⚖ https://t.co/zVMGJsZwd8

Six more cases were reported at the nearby Kimilili Boys High School. The Bungoma County Health Department said the students are under isolation as medics start contact tracing.

Bungoma health facilities have been overwhelmed by the virus as some health workers are said to be in isolation after testing positive.

Friday was not a good day for the Education Ministry after Siaya County reported 10 more cases at Maranda High School. The cases are out of a sample of 28 samples that were tested from the school.

Education CS George Magoha has maintained a hard-line stance over the closure of schools despite the virus being reported in at least 10 learning institutions this week.

“There are no changes and we are not planning to shut down because of Covid-19,” the CS said on Thursday, adding that the government will administer national exams in March next year.

Meanwhile, Kenya continues to record a high number of infections. Health CS Mutahi Kagwe announced 1,185 new cases on Friday, tested from a sample of 9,851 tested in the last 24 hours. 17 patients succumbed to the dreaded virus in the same period.

“Nairobi is once again leading the counties with the number of those infected at 25,226 cases. Two weeks ago Nairobi had 21,976 cases” – CS Mutahi Kagwe pic.twitter.com/2TCeVJrVNa