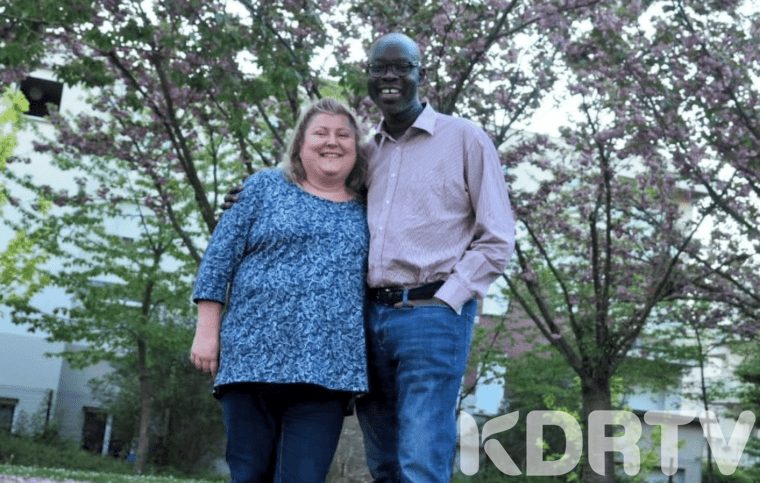 The late Ken Okoth together with his wife Monica in France. [Courtesy]

Ken Okoth’s widow, Monica Okoth, has come out to dispute the DNA results of her late husband’s son, whom he sired with Anne Thumbi.

According to her lawyers, the results which were presented weren’t the genuine ones.

The court has now given the widow 14 days to file her own DNA results for the disputed child.

However, Okoth’s family, led by her mother have accepted results that confirmed that the child was sired by the deceased.

Okoth’s mother on the hand accepted the results and asked the court to terminate Thumbi’s case.

During Okoth’s funeral service at Moi Girls’ High School, there was drama as Nairobi Governor Mike Sonko announced to the mourners that the deceased had a child with the county’s Nominated MCA, Anne Thumbi.

However, Okoth’s family barred Anne and the son from taking part in the funeral arrangements.

Okoth’s body would later be cremated in the wee hours of the morning at a ceremony that also excluded his mother.